TWO strangers who fell in love following a row over a seat on a flight have got married.

Adaya Cohen, 28, thought Michael Hoffman, 31, had nicked her window seat on an easyJet flight from London to Tel Aviv.

Adaya Cohen, 28, and Michael Hoffman, 31, got married after meeting on an easyJet flight[/caption]

She told him to move — but they ended up talking.

After the flight, Michael tracked her down online and romance blossomed.

Michael said: “For some reason, I just felt so comfortable about opening up to a complete stranger, which is something that was not a normal thing for me, but I just felt this electric connection already.”

They have now got married on the same beach in Israel where they had their first date and where Michael proposed. 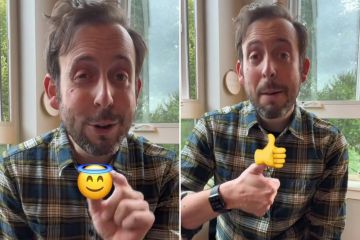 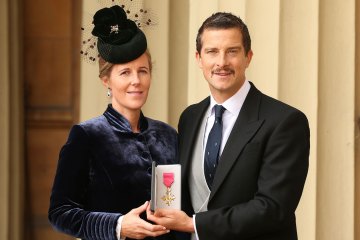 WIFE BEHIND THE BEAR

Their wedding cake looked like an orange easyJet plane taking off with them on board while graduate Adaya wore a special aircraft brooch.

Adaya said: “We got married six years to the day after our first date and two days after the date of the flight.”

Michael, originally from Borehamwood, Herts, is living with Adaya in Tel Aviv while he studies a genetics PhD.

With World Cup Fate at Stake, Pulisic and USMNT Suffer for Success

Today24.pro
One of The Greatest Britons in History - Joe Calzaghe Crypto Lender Matrixport Raises Valuation to $1.5B Despite FTX Collapse I make $1,000 a month by promoting Amazon products on social media. It only takes 5 hours per week — here's how I set up my side hustle. Billionaire investor Howard Marks touts a bargain boom as interest-rate fears grip markets - and predicts a surge in companies going bankrupt