ERIK TEN HAG will be hoping all 16 of his players return safely from the World Cup – but Manchester United have mid-season business to attend to in the mean time.

And with Garnacho failing to make the cut for Argentina, fans can expect to see more of him in United’s upcoming friendlies.

Who are Manchester United playing during the World Cup?

Manchester United have organised a winter training camp in Spain for the players who will not be involved at the World Cup. 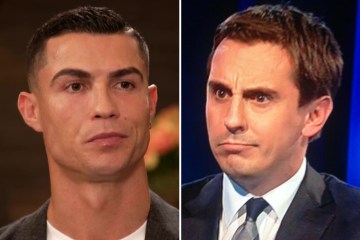 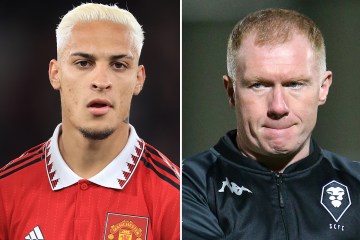 Antony hits back at Scholes after being branded a 'clown'

What TV channel will Manchester United’s friendlies be on and can I live stream them?

Both matches will be shown LIVE on MUTV in the UK.

Subscription members can also watch the action on the club’s 24/7 streaming platforms which is available via the United app or ManUtd.com.

What has been said?

And it also provides Erik Ten Hag with the chance to give some of the younger players a run out.

Murtough said: These matches will help ensure that our whole squad is prepared for the resumption of club football after the World Cup, as we look to maintain our positive momentum into the second half of the season.

“The week-long training camp and matches against Cadiz CF and Real Betis Balompie will also provide an opportunity for some of our younger players to experience what it is like to train within a first-team environment, as well as play against two competitive La Liga sides.”