THE world’s chubbiest toddler who chain-smoked 40 cigarettes a day and gorged on food quit his excessive ways and is now unrecognisable.

Ardi Rizal was two when he was snapped puffing away at cigarette in his family’s backyard in Sumatra, Indonesia.

Ardi’s dad introduced him to smoking when he was 18 months old[/caption] Little Ardi would get head spins and throw temper tantrums when his ciggies were chucked away[/caption] With the help of professionals, Ardi was able to quit his nasty habits and live a healthier life[/caption]

Seven years on and young Ardi looks completely different after shedding pounds and giving up his nasty habits.

The glutinous youngster used to drink three cans of fatty condensed milk a day but now lives on a diet of fresh fish, fruit and vegetables.

He told CNN that smoking was the hardest vice to give up.

“It was hard for me to stop. If I am not smoking, my mouth taste is sour and my head feel dizzy,” he told the network. 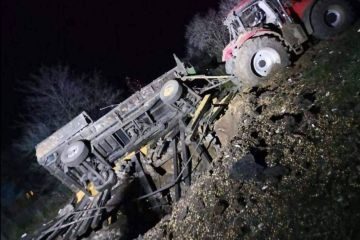 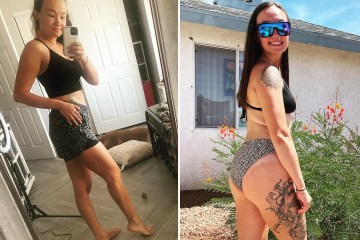 “I am happy now. I feel more enthusiastic, and my body is feeling fresh.”

It was with government intervention and intensive specialist care that Ardi’s parents were able to wean him off the nicotine.

His mum Diana said the youngster would throw tamper tantrums whenever she threw away his cigarettes and ignored his mum’s fears about him dying.

“He (would) start to smash his head to the wall. He was crazy, hurting himself if he didn’t get a cigarette,” Diana said.

According to his folks, Ardi started smoking when his dad gave him his first cigarette when he was only 18 months old.

After giving up the ciggies, Ardi quickly developed a love for junk food and chugged on the pounds forcing his parents to call for professional help.

Now, with the help of food specialists, Ardi is now addiction-free and excelling at school.

A slimmer Ardi pictured in 2017[/caption]

College Football Playoff 2023: Everything is coming up USC in the fifth rankings

Today24.pro
Crypto Lender Matrixport Raises Valuation to $1.5B Despite FTX Collapse ‘How many Uber drivers does it take to pick up a disabled person?’: Disabled person says 3 Uber drivers canceled on them because of their service dog One of The Greatest Britons in History - Joe Calzaghe Billionaire investor Howard Marks touts a bargain boom as interest-rate fears grip markets - and predicts a surge in companies going bankrupt