MOTORISTS have been left baffled due to an embarrassing road sign error – but can you spot the mistake?

Locals have been left stunned that the two signs are still wrong after more than a year, despite the local authority’s plans to have them replaced.

The town of Thirsk in North Yorkshire has been misspelled on the signs, leaving some residents thinking there could actually be a place called “Thrisk”.

Photos published by The Press show the signs just outside York’s Bar Walls.

One is seen in Jewbury close to Monk Bar and the other is on Foss Island Road, which also directs people to Harrogate and Scarborough.

A York City Council spokesperson said in March that the signs would be replaced, although photos recently taken by Philip Page, who visited York from Essex, show the signs still have the mistake. 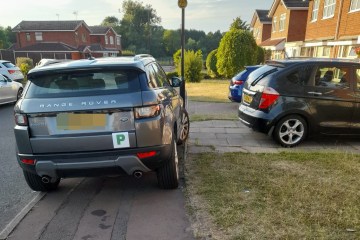 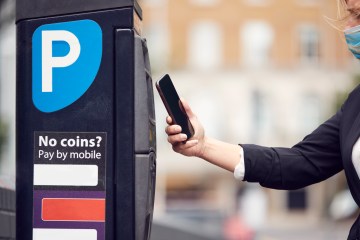 The council previously said: “The signs were ordered with the correct spelling. This was an error made by the supplier who manufactured the signs.

“At no cost to the council, the supplier will be instructed to replace the signs.”

The error on the sign was first reported in August 2021 by resident Penny, who had moved to York in May, when she was walking towards St John’s University.

Penny said at the time it was “amazing” and admitted she had to Google it to make sure “there’s not a place called Thrisk,” according to a report in The Northern Echo.

Police appeal for witnesses after £200k Lamborghini collides with a roundabout

She added: “I just sent it to my friend who lives in Harrogate and she laughed her head off. She said, ‘You have to send that to The Press’ just to give everyone a laugh.

“I chuckled to myself at the roadside. It made my day to be honest.”

The Sun Online has contacted the council for comment.