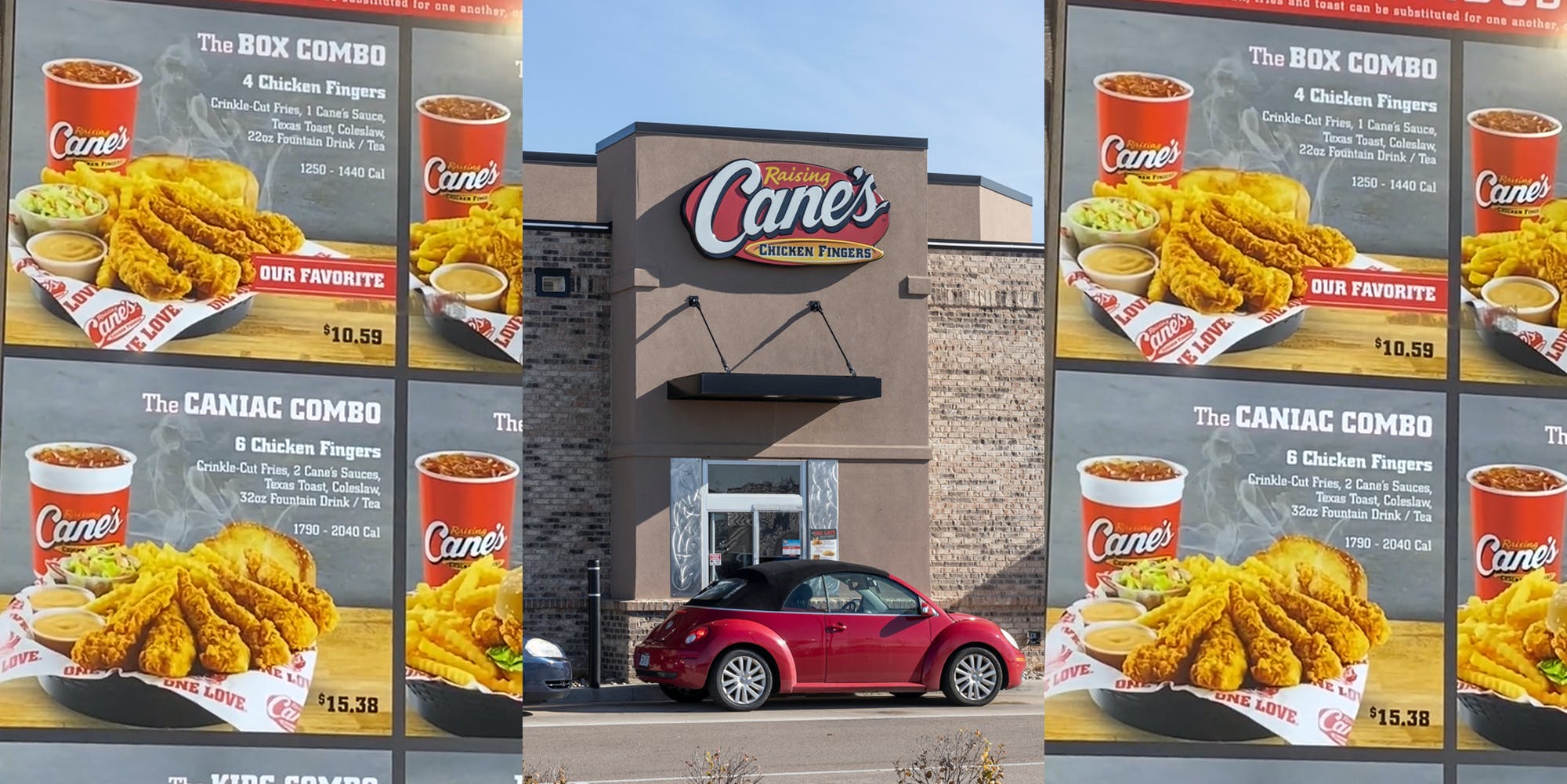 Many consumers have expressed their frustrations with the rising costs of items at their favorite fast-food joints, like Chipotle, McDonald's, Subway, or Five Guys. These price changes can, in part, be chalked up to inflation, and now, thanks to TikTok, Raising Cane’s is the fast-food establishment at the center of that conversation for the moment.

Kade further vented his thoughts in the caption, writing, “These prices getting out of control." He also tagged the official Raising Cane's TikTok account.

@kade.la These prices getting out of control @Raising Cane's #ChevyEVSongContest ♬ Oh My God! - C_O

The video racked up over 420,000 views since it was posted on Nov. 11, and viewers shared how expensive the Caniac Combo has gotten where they live, too.

“It’s like $17 something where I live,” one viewer shared.

One said they were so shocked by the cost of the meal that they assumed the worker made a mistake.

Others reminisced on what the meal used to cost and argued that even though the prices are rising, quality is going down. "PLUS the chicken strips are HALF the size they used to be. If not even smaller than half,” one said in what was a common sentiment shared by viewers.

Kade is not the first TikToker to notice the rising costs of the meals. In another video, TikToker and musician Bryce Xavier (@brycexavier) claimed Raising Cane's raised its prices by over 30% after allegedly spending $40 on two "Caniacs." (He later clarified it was $33 for the two meals and extra sauces.)

In August of 2021, the company’s co-CEO and COO AJ Kumaran touched on, in an interview with Yahoo Finance, the chicken price inflation that occurred over the course of the year, noting it's had "a financial impact to our business." Kumaran, however, hinted that the business, not the customers, is the one that's largely eating the fee.

“Honestly, over the course of [the] last three months, [our] chicken prices have gone up almost by 70%. It is going to be a major financial impact this year. And look, we cannot just pass it along to the customer right away like our suppliers do often to kind of cover their costs,” Kumaran said.

The post ‘PLUS the chicken strips are HALF the size they used to be’: Raising Cane’s customer shocked at $15 cost of Caniac Combo appeared first on The Daily Dot.

Today24.pro
Hans Niemann in the sole lead at the 3rd El Llobregat Open The Darkest Secret and Tragedy of Edwin Valero In the age of megachurches, communion has become a big business Anthony Joshua returns to America in search of new coach ahead of boxing return and links up with trainer Virgil Hunter