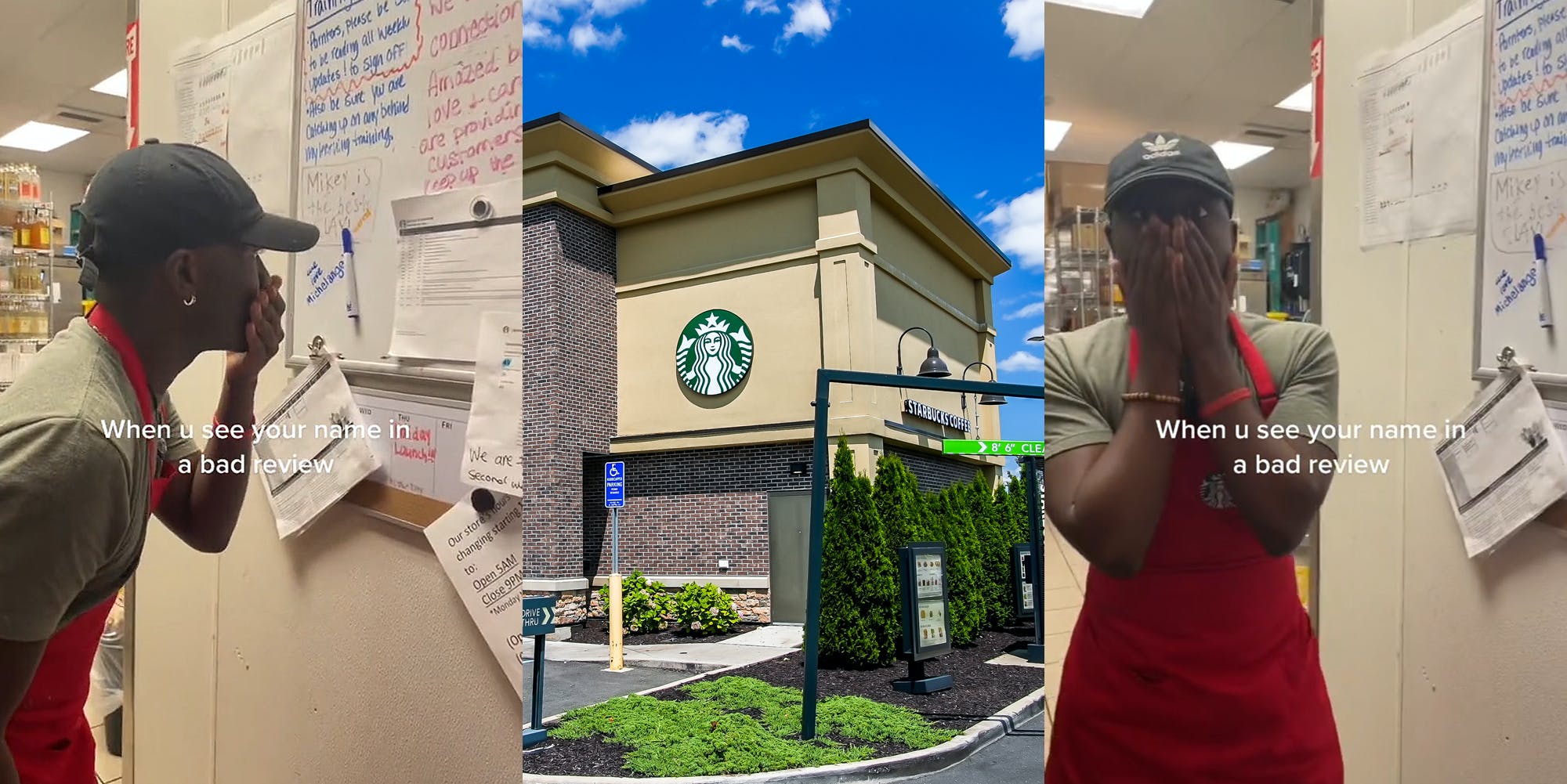 A Starbucks barista went viral on TikTok after sharing a skit of his reaction to his name being featured in a negative review.

The video features user Chance (@tomanychances) as he approaches a whiteboard with reviews printed out and stapled onto the wall. He approaches one of the reviews and starts freaking out. He points to the review and then clasps both hands over his mouth in shock.

“Fuck you all to the core. Gonna beat y’all bitches up when I see y’all,” the viral background audio sounds. Chance storms off while the audio says, “Oh my God. Who wrote this?”

Chance vented his frustration in the caption, writing, “That’s why I hate having a name tag.”

The video garnered over 74,000 views as of Tuesday, resonating with viewers who similarly criticized the use of a name tag.

“I never wear my name tag for this reason i like to argue,” one viewer wrote.

“I don’t tell ppl my name for a reason,” a second agreed.

“Not having a name tag is one of the best decisions our restaurant has made tbh,” a third stated.

Others shared their experiences having negative reviews written about them at work.

“LITERALLY SOMEONE SAID 'host wasn’t as good as last time' LIKE HELLO IM NOT GONNA BE HOLLY JOLLY EVERYDAY,” one person vented.

“I got a review saying i looked miserable and someone should check on me,” a second wrote.

“One time someone gave me a review and said I have no personality and cold eyes,” a third recounted.

In 2012, Starbucks implemented name tags on its employees' uniforms. “In 2012, we decided to honor everyone who walked through the door as an individual. Store partners began to wear name tags on their green aprons. And they started asking customers for THEIR names and writing them on cups. The changes worked: Barista and customer were once again on a first-name basis,” the brand's website reads.

The Daily Dot reached out to Chance via TikTok comment.

The post ‘That’s why I hate having a name tag’: Starbucks barista reacts to seeing his name in a negative review appeared first on The Daily Dot.

‘Technical glitch’ leaves around 1,000 social workers out of work this Christmas