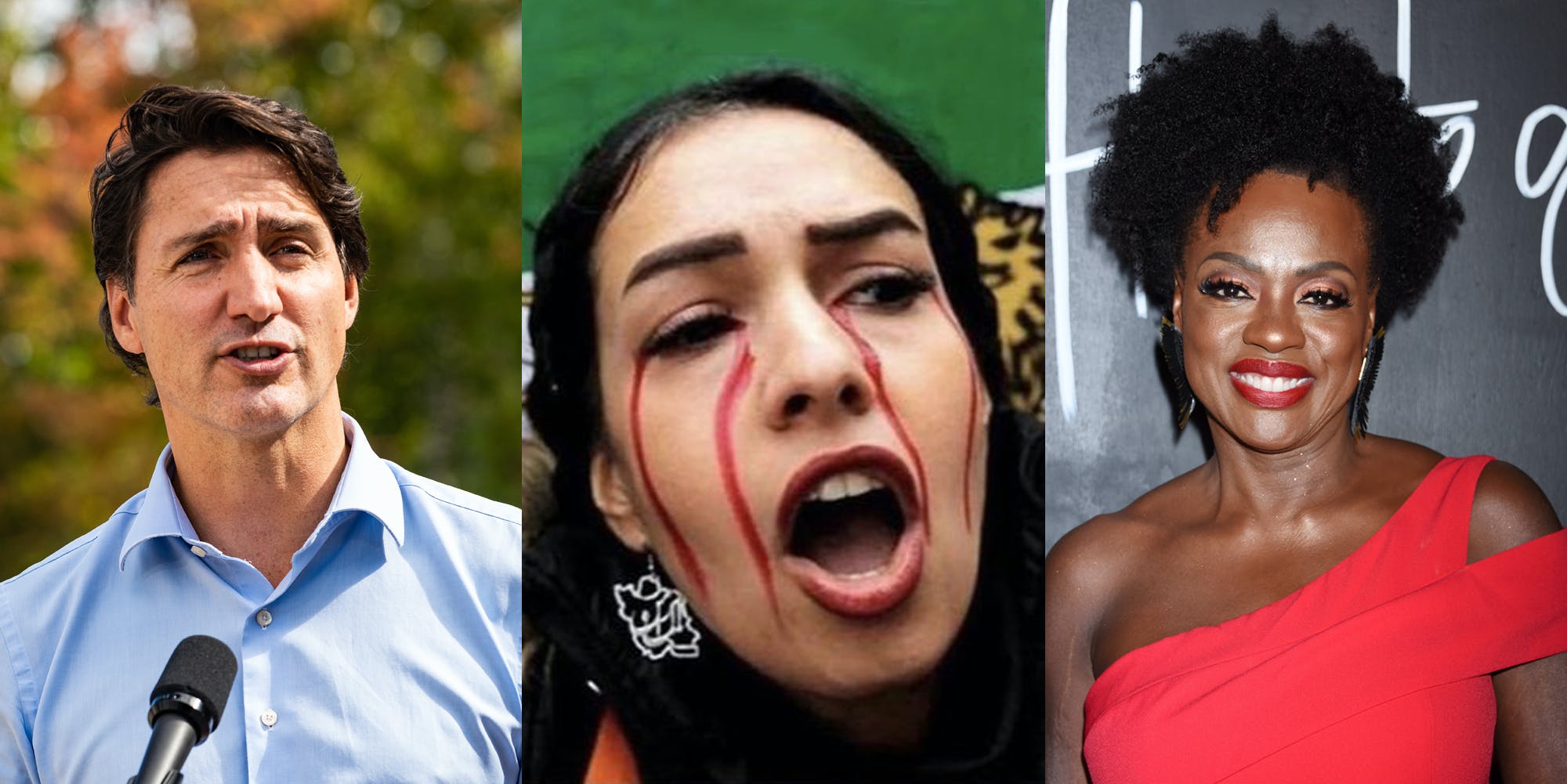 A number of celebrities and politicians have reposted a false claim that 15,000 Iranian protestors have been sentenced to death.

The claim seems to stem from an article published by Newsweek last week, which said that the Iranian Parliament voted for death sentences for 15,000 protestors arrested during a recent string of women-led uprisings in the country. The protests were sparked by the death of a young woman who was detained by Iran's "morality police" for allegedly improperly wearing a hijab. It is widely believed that her death was caused by being beaten by police, which the government denies.

On Tuesday, Newsweek updated its article "to remove the reference to the Iranian Parliament voting for death sentences.” Its update added, “A majority of the parliament supported a letter to the judiciary calling for harsh punishments of protesters, which could include the death penalty.”

Prior to the Newsweek article, Iran International, a United Kingdom-based and Saudi Arabia-funded news outlet, published a similar story claiming the Iranian members of parliament (MPs) had voted to urge the judiciary to issue death sentences to the protesters.

Before the Newsweek article was updated on Tuesday, prominent figures around the world had already picked up the claim and shared it far and wide on social media.

Actress Viola Davis, star of The Woman King, posted an infographic on her Instagram pedaling the false claims, as did Game of Thrones star Sophie Turner. Instagram censored Davis' post, saying it was misinformation. Turner appears to have deleted hers.

Canadian Prime Minister Justin Trudeau was called out on Twitter for sharing the false claim and condemning the “barbaric decision” to impose the death penalty on protestors. Trudeau later deleted the tweet.

Iran has arrested thousands of protestors and as of Sunday had sentenced one to death, according to the Wall Street Journal. While Iran has been cracking down on human rights, including sentencing protestors without due process, no other protesters have been officially sentenced to death.

The letter from the Iranian MPs that caused the confusion has no bearing on the Iranian legal system. Sentencing protesters is the judiciary's responsibility.

While it is true that the Iranian regime is in the midst of a brutal crackdown on protests in an effort to quell an uprising sparked by young woman dying in police custody, the claim that it has swiftly sentenced 15,000 protesters to death is false.

The post False claim that Iran sentenced 15,000 protesters to death spread by celebs and politicians appeared first on The Daily Dot.

Today24.pro
Anthony Joshua returns to America in search of new coach ahead of boxing return and links up with trainer Virgil Hunter Portuguese artist Santiago Ribeiro exhibit in Moscow The Darkest Secret and Tragedy of Edwin Valero Sam Bankman-Fried could face extradition from the Bahamas to the US: Here's how, legal experts explain