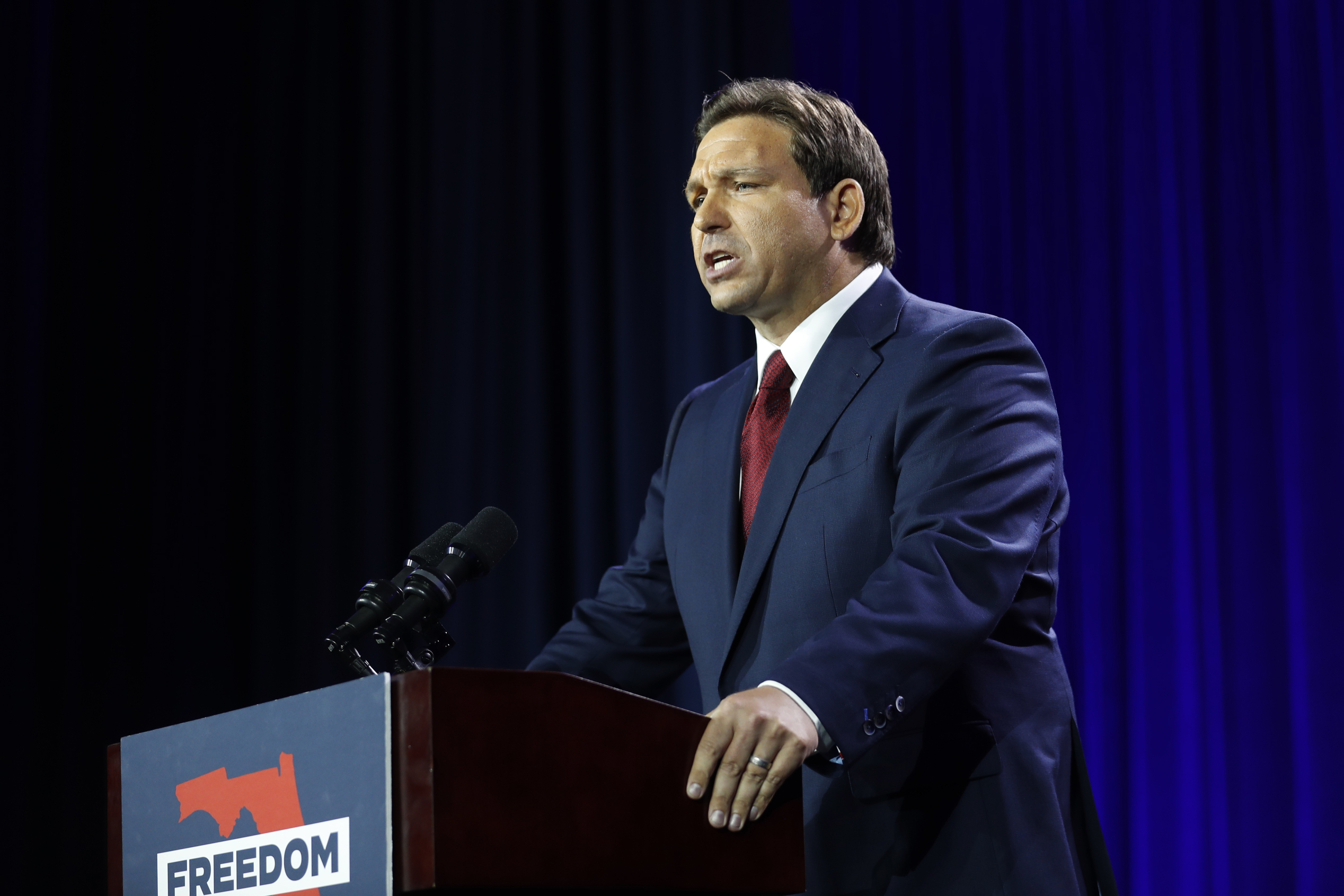 Florida Gov. Ron DeSantis on Tuesday brushed off the criticism of former President Donald Trump, contrasting his own landslide reelection in last week's midterm with the relatively poor electoral showings by Trump-backed candidates across the country.

Trump, who once counted DeSantis among his staunchest allies, is expected to launch a 2024 presidential campaign at an event Tuesday night at his Mar-a-Lago estate in Florida. DeSantis is widely considered, along with Trump, to be among the frontrunners for the 2024 Republican nomination for president.

“We’ve focused on results and leadership, and at the end of the day, I would just tell people to go check out the scoreboard from last Tuesday night,” DeSantis said at a news conference in response to a reporter's question about Trump’s recent criticism of him.

DeSantis was recently buoyed by a landslide victory to maintain his seat as governor, while Trump’s grip on the Republican Party has apparently weakened in the wake of his candidates' poor midterm performances. Trump, in turn, has stepped up criticism of potential 2024 Republican rivals, including DeSantis and Virginia Gov. Glenn Youngkin.

Trump has repeatedly taken swipes at DeSantis in both speeches and statements — nicknaming him “Ron DeSanctimonious” — and taken credit for the governor's success after endorsing him in 2018. Still, the Florida governor’s star power has nonetheless been on the rise within the Republican Party as early jockeying within the 2024 field begins.

DeSantis hadn’t responded to Trump’s criticism until Tuesday — hours ahead of the former president’s announcement of his 2024 run for president. While the Florida governor brushed off the jabs as part of “the nature” of his job, he also took his own swipe at Trump by pointing out the former president’s lackluster midterm endorsements.

“One of the things I've learned in this job is when you're leading, when you're getting things done, you take incoming fire, that's just the nature of it,” DeSantis said.