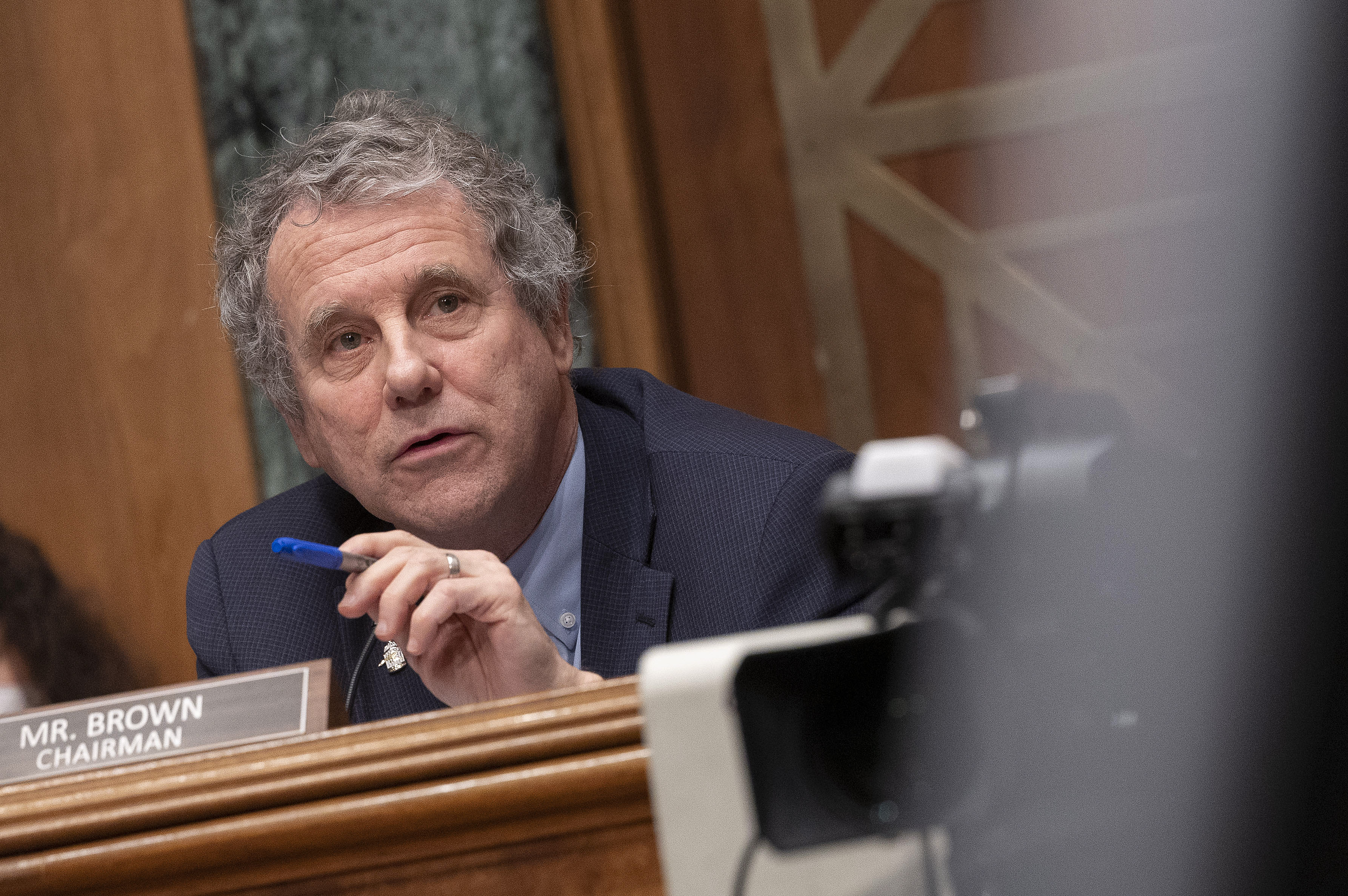 The crypto meltdown triggered by digital currency exchange FTX is spurring bipartisan calls for legislation to set rules for the industry — but at least one powerful lawmaker is urging caution.

Senate Banking Chair Sherrod Brown (D-Ohio) — an outspoken crypto critic — said Tuesday that he’s eyeing a hearing on the FTX debacle and has been in touch with the Securities and Exchange Commission about the meltdown.

But Brown told reporters he was unsure about the need for legislation, which he noted could be heavily influenced by the crypto industry itself. Brown’s buy-in is critical because his committee is responsible for writing laws that govern agencies that would likely play a role in regulation, including the SEC and federal banking regulators. He is also a member of the Senate Agriculture Committee, which is working on a bill that would give the Commodity Futures Trading Commission, the SEC’s sister agency, oversight of digital assets.

“You’ve got a whole political party here that is always in the pockets of the big financial companies, regardless of whether it’s a crypto company or whether it’s JPMorgan Chase,” he said, dinging Republicans. “So it’s always hard to legislatively do anything. That’s why we rely on regulators so often.”

Brown’s cautious approach to crypto legislation in the face of growing demands for a bill underscores how difficult it will be for Congress to come together on a plan, even in the face of a crisis that is highlighting weaknesses in regulation. FTX, once one of the industry’s biggest exchanges and most prominent voices in Washington, filed for bankruptcy Friday and is now facing scrutiny around whether it misused customer funds.


“This is now a front-burner issue,” said Sen. Cynthia Lummis (R-Wyo.), an industry supporter who has a different comprehensive regulation bill with Sen. Kirsten Gillibrand (D-N.Y.). “By going for months and months without addressing the digital asset industry that has grown so quickly, we have put ourselves at a regulatory disadvantage in dealing with the lack of consumer protections."

Two key questions lawmakers have yet to sort out are the extent to which agencies have sufficient existing authorities to police the market and, if not, which agency should be empowered to oversee it.

Leaders of the SEC and CFTC are vying for pieces of the crypto market, and the split is reflected in legislation that’s started to emerge from Capitol Hill.

When asked if the SEC had sufficient powers at the moment, she said the agency “could do more with the current authorities but in order to regulate this entire space we need additional legislation from Congress.”

Warren said it was an “open question” whether the SEC should be the primary regulator.

“The SEC has certainly shown in the past that it has a strong bent toward consumer protection but it also needs more resources in order to carry out its current jobs,” Warren told reporters.

The leaders of the Senate Agriculture Committee are backing a bill that would give the CFTC a bigger role in overseeing crypto trading. The CFTC today primarily focuses on financial derivatives such as futures contracts.

The bill — introduced by Senate Agriculture Chair Debbie Stabenow (D-Mich.) and Sen. John Boozman (R-Ark.) — is facing scrutiny in the wake of the FTX collapse because the company was a major lobbying force behind the legislation. SEC Chair Gary Gensler has said the proposal is “too light-touch."

Boozman said in an interview that the committee is working with the CFTC and other stakeholders “to make sure that the legislation that we proposed would safeguard things like this from happening and protect consumers.”

“Right now, people are trying to figure out why it has imploded,” Boozman said. “You don’t really know what the changes are until you know exactly what’s happening.”

When asked whether former FTX CEO Sam Bankman-Fried helped write the bill, Stabenow said in an interview that “we took input from everybody involved who was interested in having a transparent system that provides accountability and regulation — so certainly we took his input."


"The CFTC chair, SEC, Treasury — we've worked with everyone, because my concern has been exactly this,” she said. “There are no consumer protections in place right now, and the CFTC does not have the legal authority to go in unless there's a crisis."

The FTX collapse, Stabenow said, “is an example of why we need [the bill] more than ever.”

Sen. Cory Booker (D-N.J.), an Agriculture Committee member, said “whether industry had input or not — that’s always going to happen.”

“This bill is a bipartisan bill” aimed at consumer protection, Booker said.

Brown, a member of the Agriculture Committee, said the bill “needs major improvement” and that he wasn’t done working on the proposal to make sure it’s as aggressive as it needs to be.

He said the CFTC has a “narrow jurisdiction” and “we want to see them be aggressive.”

Brown said the finance industry's input on financial regulatory issues — in this case crypto firms weighing in on crypto bills — “is always greater than it should be.”

“I generally believe that, and everything I see tells me that,” he said.