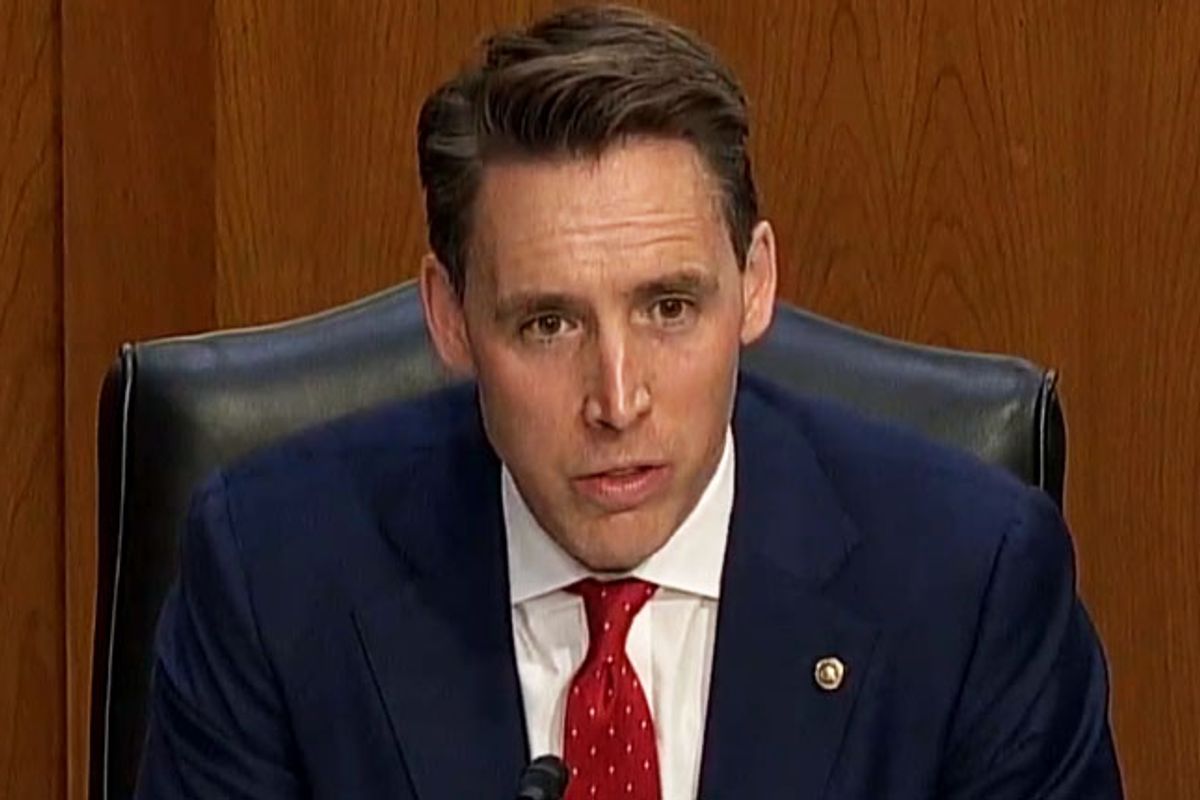 A Missouri judge on Monday ruled staff in the attorney general’s office, while it was being run by now-U.S. Sen. Josh Hawley, used private email accounts to “knowingly and purposefully” subvert the state’s open records law.

The attorney general’s office must pay $12,000 in civil penalties — the maximum allowed under state law — plus attorney’s fees.

The emails in question were requested by the Democratic Senatorial Campaign Committee in late 2017. Hawley’s office told the DSCC at the time that it had “searched our records and found no responsive records.”

But a year after the request was denied, The Kansas City Star revealed Hawley and his staff had used private email rather than their government accounts to communicate with out-of-state political consultants who would go on to run Hawley’s U.S. Senate campaign.

Among those included in the private email discussions was Daniel Hartman, who was the attorney general’s office’s custodian of records.

On Monday, Beetem agreed that Hartman was aware communications responsive to the DSCC request existed and should have turned them over. It appears he didn’t, Beetem concluded, because it could have been politically damaging to Hawley during the 2018 Senate race.

“Then-Attorney General Hawley was actively running for U.S. Senate at the time of these requests, which were submitted by a national party committee supporting his opponent,” Beetem wrote. “The requested documents showed — at a minimum — questionable use of government resources.”

Further, Beetem wrote, the fact that public business was being conducted on private email accounts — in violation of the attorney general’s office’s own policy — is “itself evidence of a conscious design, intent or plan to conceal these potentially controversial records from public view.”

The revelation that Hawley and his staff were using private email to coordinate with his political consultants set off accusations at the time that he had illegally used public resources to benefit his Senate campaign.

But it wasn’t until February 2020 that the Missouri auditor’s office finished its review of the matter, concluding Hawley and his staff may have misused state resources but the widespread use of private email and text messaging in the office made it impossible to determine definitively.

When he was running for attorney general in 2016, Hawley criticized Hillary Clinton’s use of a private server for sending and receiving emails while she was Secretary of State.

Beetem also dismissed the argument made by the attorney general’s office that ruling in favor of plaintiffs could have widespread adverse consequences on state government.

“This ruling will not lead to a parade of horribles envisaged by the [attorney general’s office,]” Beetem wrote. “It does not require an agency to search every employee’s personal email when receiving a Sunshine Law request to avoid potential liability. Rather, this court holds a custodian of records must do his job.”

Hawley’s Senate office referred questions to his campaign. A spokesman could not be immediately reached for comment.

Mark Pedroli, an attorney on the case and founder of the Sunshine and Government Accountability, praised Beetem’s ruling as a “enormous victory not only for transparency and good government but also for access to critical government records during elections.”

“Attorney General Hawley’s office illegally concealed public documents immediately prior to a U.S. Senate election against Senator Claire McCaskill for the sole purpose of preventing damage to Hawley’s campaign and affecting the outcome of the election,” Pedroli said. “Concealing public records in order to prevent damage to your campaign is cheating, it deprives competing candidates of a level playing field, and it’s illegal.”

The emails, text messages and other documents at the center of the lawsuit show that early in his tenure as attorney general, Hawley’s campaign consultants gave direct guidance and tasks to his taxpayer-funded staff and led meetings during work hours in the state Supreme Court building, where the attorney general’s official office is located.

Among the records eventually made public was a January 2017 email string where Louisiana-based consultant Timmy Teepell told Hawley’s staff to “start compiling a punch list of what we need to do to roll out each of our agenda items this year.”

Teepell wrote that the staffers “should put together a weekly conference call for all of us to set aside time each week to focus attention on these projects.”

In another, from April 2017, Teepell sets tasks for attorney general staff to accomplish, such as developing a target list of key legislators, a job description for a press secretary and a list of accomplishments.

Another email included a document laying out plans for the attorney general’s office regarding a raid of more than a dozen Asian massage parlors in southwest Missouri that would take place a week later.

It detailed how the day should proceed, even going so far as to provide Hawley instructions on what he should wear when addressing the media.

“Josh should be wearing some sort of law enforcement garb,” the document said, “like a police jacket and hat.”

On the day of the raid, Hawley wore a badge and lanyard.