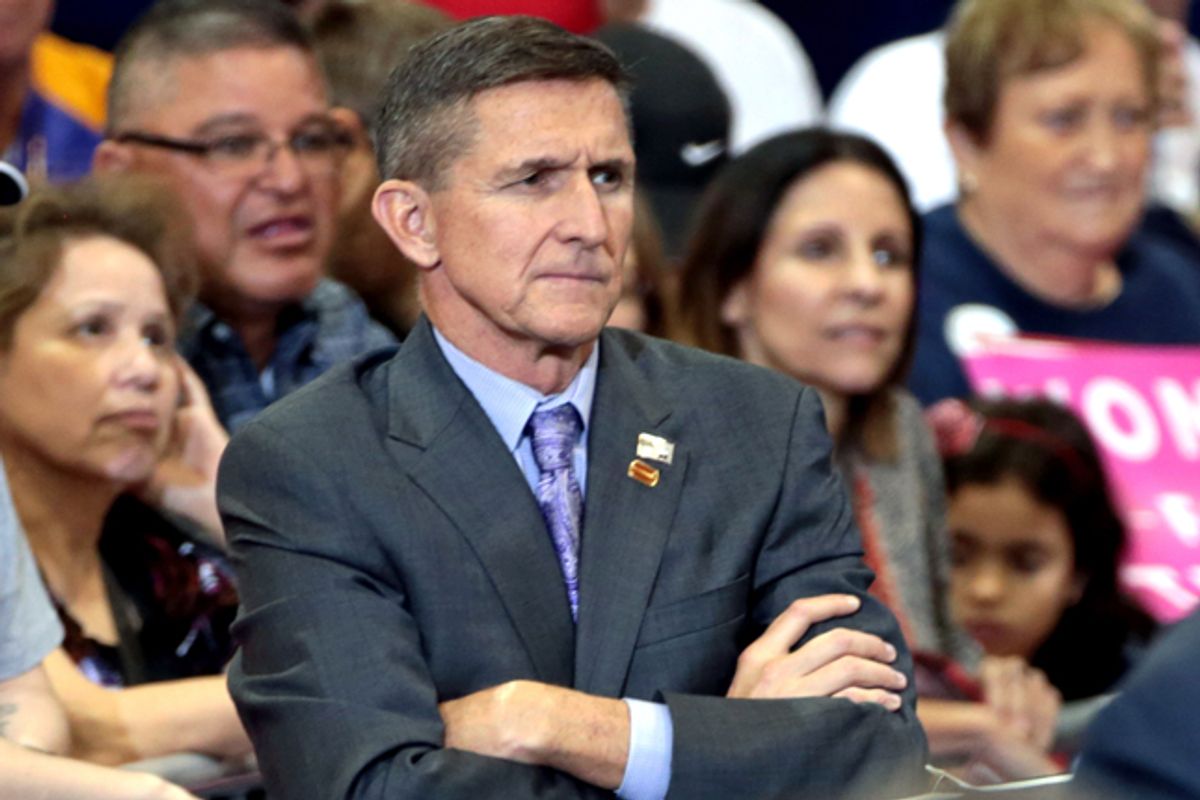 Former Trump National Security Advisor Michael Flynn will have to testify about his actions following Georgia's 2020 presidential election, a judge in Florida ruled on Tuesday.

Flynn must testify on Nov. 22, she reported.

"It's another win for the Fulton DA's office, compelling an out-of-state witness to come testify," Hallerman reported. "Judge Roberts also denied a motion for a stay but said his order doesn't preclude Flynn from seeking one from an appellate court.

In October, the Associated Press reported on the testimony Fulton County District Attorney Fani Wallis was seeking from Flynn.

The AP reported, "the petition seeking Flynn's testimony says he appeared in an interview on conservative cable news channel Newsmax and said Trump 'could take military capabilities' and place them in swing states and 'basically re-run an election in each of those states.' He also met with Trump, attorney Sidney Powell and others at the White House on Dec. 18, 2020, for a meeting that, according to news reports, 'focused on topics including invoking martial law, seizing voting machines, and appointing Powell as special counsel to investigate the 2020 election,' Willis wrote."

Today24.pro
Anthony Joshua returns to America in search of new coach ahead of boxing return and links up with trainer Virgil Hunter Hans Niemann in the sole lead at the 3rd El Llobregat Open Why the power grid is an 'attractive target' for domestic terrorists: report The Darkest Secret and Tragedy of Edwin Valero