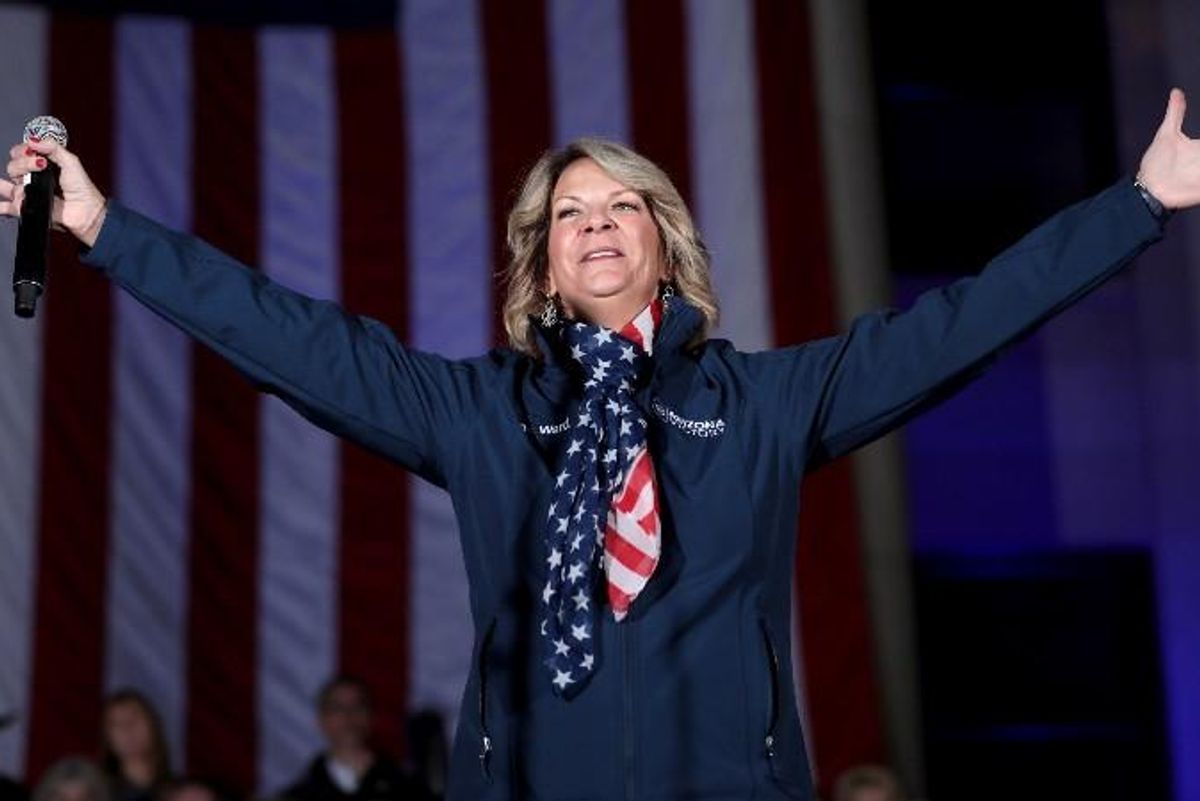 An establishment Arizona Republican who lost a GOP primary to an election denier is calling for the resignation of the chairwoman of the Arizona GOP after last week's midterm elections.

Karrin Taylor Robson, who was appointed by GOP Gov. Doug Ducey to the Arizona Board of Regents, lost a bid for governor to Kari Lake, who subsequently failed to maintain control of the seat. Democrats also held control of the U.S. Senate seat and secretary of state's office. The race for attorney general, currently held by a Republican, is too close to call.

She began her statement by congratulating the winners of the midterms.

IN OTHER NEWS: Impeachment lawyer explains how to use the Constitution to bar Trump from the presidency

"Kelli Ward's leadership of the Republican Party has been an unmitigated disaster," Robson declared.

The party's finances were also a point of contention

"When she took office via a parliamentary trick at the 2019 statutory meeting, the state party coffers were flush," Robson said. "The previous Chairman had left over $400,000 in the bank, more than enough to cover operations and continue the important work of party building and voter registration."

READ: Here's the real reason Trump wants to announce his candidacy now — and it's not about money

Robson concluded, "Ward had every opportunity to succeed. And yet, she failed. And failed again."

Today24.pro
Dumb Things In Marvel's Phase 4 That Didn't Make Any Sense 10+ Outdoor Survival Skills & Bushcraft Tips How to Fall Asleep in 60 Seconds (OR LESS) What has happened this MLB offseason? A look at all the moves made in the AL and NL Central.