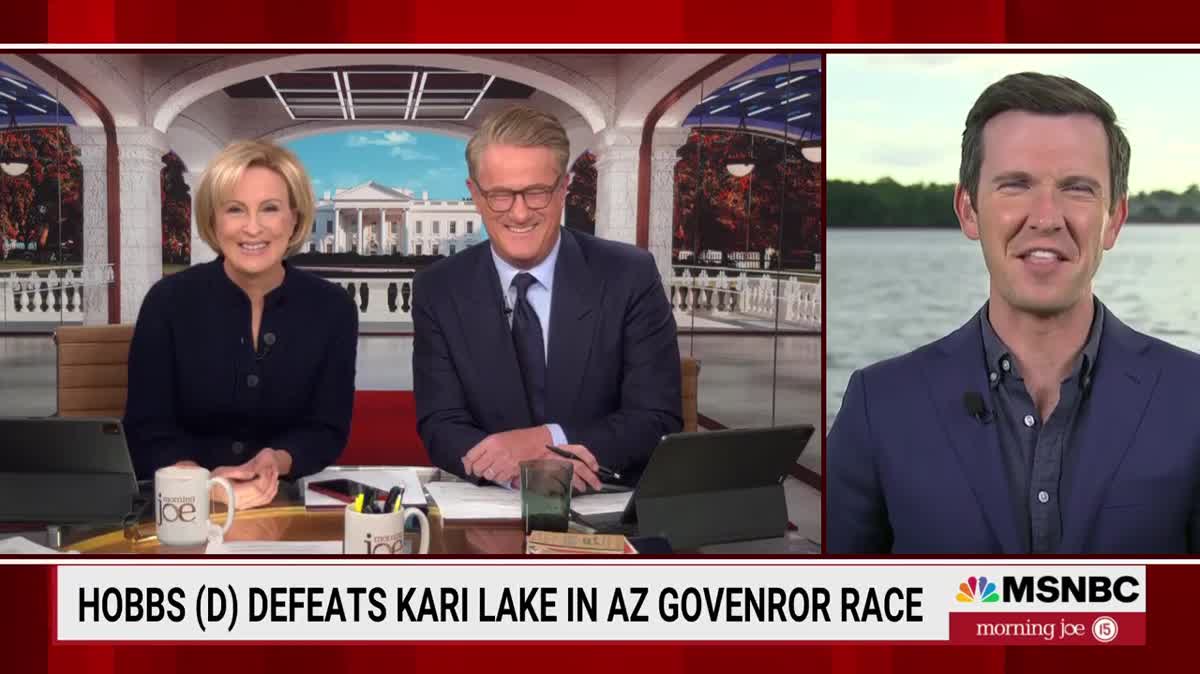 NBC News correspondent Vaughn Hillyard discussed Republican Arizona gubernatorial candidate Kari Lake's stinging loss to Democratic Secretary of State Katie Hobbs on Morning Joe. Host Joe Scarborough reminded Hillyard of how mean Lake was to him, calling him a "bastard." Like Donald Trump, Lake vilified the media, constantly lashing out at reporters after she summoned them to an event. It's as if she set them up just to bully reporters.

Hillyard noted that Lake was "the latest one" of the election deniers to fall in Arizona, "making it a clean sweep" of those candidates.

He said that Donald Trump will now try to run on the same message that "all of those folks lost on."

Scarborough noted that people appeared to be "scared" of Lake, which he said hasn't happened since "Trump's emergence in 2015. (Cough...cough...Ron DeSantis)

Hillyard said that he has "covered Kari Lake for a better part of a year and a half here and finally flew in yesterday from Arizona here and essentially felt like I was covering Donald Trump's campaign of 2024 but in Arizona."

The NBC correspondent said that Lake "predicated the campaign on trying to sell the big lie and the conspiracy theories." He added that "when she wonders how she lost the race, look at it. This is the third election cycle in a row in which Arizonans rejected Trumpism."