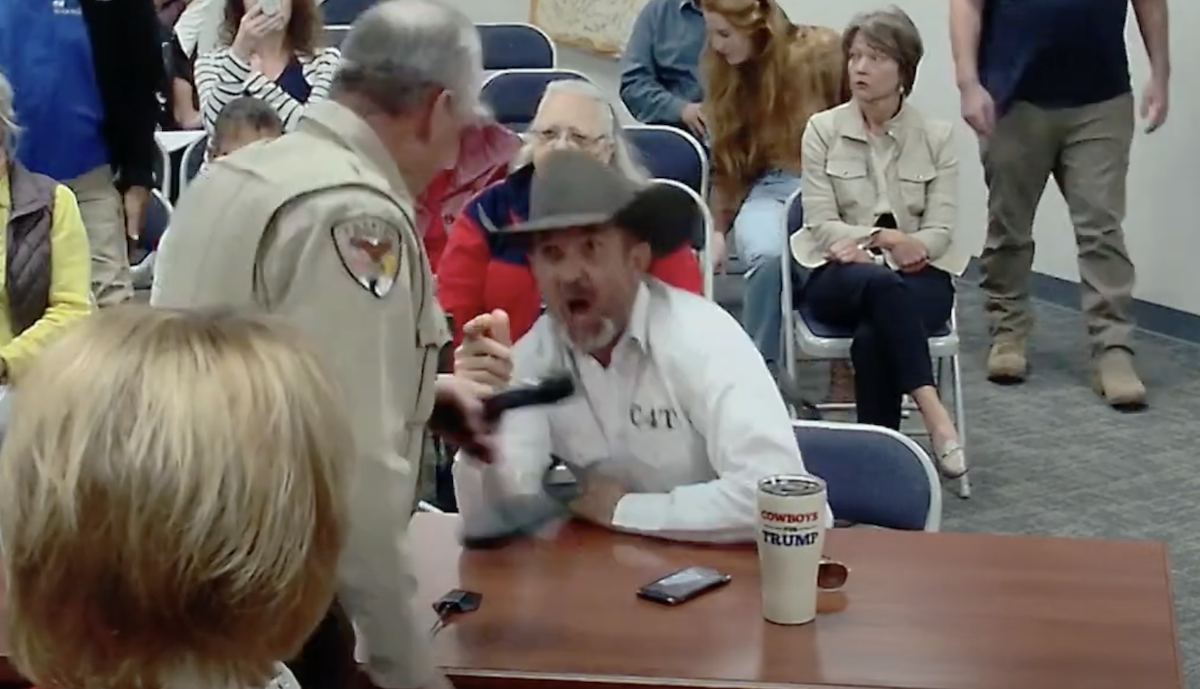 You may recall that a judge removed Griffin from his position as a commissioner of Otero County, NM for participating in the Jan. 6 insurrection and barred him from ever holding any state or federal office in the future.

Like so many Trumpers, the insurrectionist is playing the victim – and using his “victimhood” as a pretext for aggressive, combative behavior.

In this case, Griffin went after his Democratic, governor-appointed replacement, Stephanie DuBois, at a November 10, 2022 county commission meeting.

The NM Political Report has the deets:

"Couy Griffin, duly elected and legitimate county commissioner of District 2 as well as founder of Cowboys for Trump and I’d like to just start out by saying looking up here at you Stephanie (DuBois) in that seat is a total disgrace,” Griffin declared.

Griffin said that he felt DuBois’ appointment was disgraceful because she has run for office in Otero County eight times including in last week’s election and has lost each time.

DuBois interjected and Griffin said that “I’m talking right now. This is not a conversation.”

DuBois urged Griffin to stop his attack on her but he continued calling her a disgrace and a loser.

Today24.pro
RoboCV: stacker robot One of The Greatest Britons in History - Joe Calzaghe I make $1,000 a month by promoting Amazon products on social media. It only takes 5 hours per week — here's how I set up my side hustle. LAMB BUTTER Will Melt in Your Mouth! Ancient Food on the Silk Road!