HOME-GROWN superstars Adele and Harry Styles will battle it out with Beyonce to win big at next year’s Grammy Awards.

The trio led nominations in the major categories as the full shortlist was announced last night.

Adele and Harry have seven nominations each and are both in the running for all three of the biggest gongs — Song, Record and Album of the Year.

But Beyonce poses a threat for their chances as her album Renaissance helped earn her nine nominations.

Kendrick Lamar was just behind her with eight while Lizzo has six.

However, another British act has come out as a surprise favourite for the ceremony. 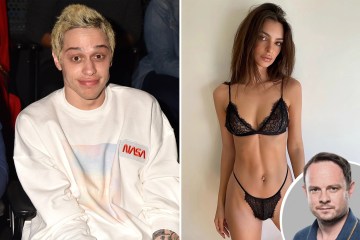 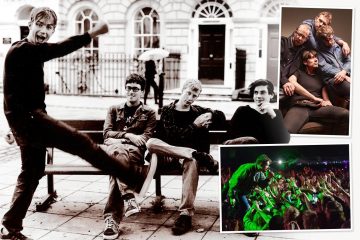 Independent duo Wet Leg have been nominated for four awards — with one of their tracks also in the Remixed Recording category.

Their self-titled debut went to No1 here in April but failed to crack the Top Ten in the US, where the Grammys are held.

Ozzy Osbourne also proved to be a success story for us, racking up four nods for Patient Number 9, having only previously had eight nominations in the entirety of his solo career.

Coldplay got three nominations thanks to Music Of The Spheres, which is in the running for Album of the Year.

It wasn’t good news for Ed Sheeran though, despite his massive commercial success in the past year with his album Equals.

The collection, which spawned two No1 hits and sold 432,000 copies here in its first two months, was snubbed.

Ed only got recognition in the Best Pop Duo/Group Performance category as a featured artist on Camila Cabello‘s song Bam Bam.

There are other Brits who reason to celebrate.

Bristol rockers Idles will fight for the Best Rock Performance and Best Rock Album awards, while Arctic Monkeys and Florence + the Machine are both nominated for Best Alternative Music Performance.

Former Cambridge University students Toby Marlow and Lucy Moss earned a nomination in the Best Musical Theatre Album category for the Broadway soundtrack of their hit musical Six, all about the wives of Henry VIII.

The 65th annual ceremony will take place at the Crypto.com Arena in Los Angeles on February 5, six days before the Brit Awards in London.

One frontrunning act who are not expected to reunite to attend is ABBA.

They proved they still have major power in the music business by releasing their first album in 40 years, Voyage, last November and have landed in four categories.

They will be fighting for both Record and Album of the Year, as well as Best Pop Duo/Group Performance and Best Pop Vocal Album.

However, when Bjorn Ulvaeus, Benny Andersson, Agnetha Faltskog and Frida Lyngstad reunited for the launch of their digital concert residency in London in May, it was believed to be the last time they would appear together.

Despite not releasing a new album during the eligibility period, from October 1 2021 to September 20 2022, Taylor Swift still landed four nominations thanks to the songs All Too Well (10 Minute Version), Carolina and I Bet You Think About Me (Taylor’s Version).

I’d be lying if I said I usually get excited about the Grammys, especially in recent years when there have been Covid restrictions and few heavy hitters being nominated.

But this list shows there are some powerful superstars back in the music biz this year and it is hard to see who will come out on top from this amazing group of nominees.

SIR Elton John, one of the biggest and most influential artists of his generation, has fallen foul of barmy woke guidelines enforced by the nation’s worried luvvies.

Ticket holders for Elton and Jake Shears’ new musical Tammy Faye, about the rise and fall of American telly evangelist Tammy, were warned about the play’s content before walking through the doors of the Almeida Theatre in London.

A sign informed the audience: “This production contains the use of homophobic language and references to cancer and HIV/Aids.

It is political correctness gone mad and it makes me worry about what is coming next.

Will Taylor Swift’s ex-lovers get told their feelings might be hurt on a future album?

Will Taylor Swift’s ex-lovers get told their feelings might be hurt on a future album?[/caption]

Or could No10 get early notice that Stormzy‘s new record could have a bit of a downer on their policy record?

Then again, if they decided to slap a “Warning: Morons about” disclaimer on the next series of Love Island, maybe I would not be that bothered…

I can reveal he flew her to Rome for a romantic weekend, splashing his cash on one of the city’s most luxurious hotels, the Hotel De La Ville.

A source said: “Liam and Kate are really loved up. It’s all very new but also very exciting for them both.

“A few fans spotted them in Rome but for the most part they were able to go totally under the radar, which was perfect for them.

“Liam’s had a somewhat rocky year but he seems in a much better place now.”

The couple went public with their romance last month after a night out in London celebrating Halloween dressed as Pamela Anderson and Tommy Lee.

In May Liam split from his fiancée, model Maya Henry, but looks far happier now.

Gigi’s not biting her tongue

GIGI Hadid looked like she was having a right knees-up while shooting a campaign for her knitwear brand.

She has launched a ski lodge-themed collection, inspired by her winters spent on the slopes growing up, but fans may find they are frozen out by the prices. The plain cashmere jumper she is wearing costs £391.

That could have been a good present for winter sports fan Leonardo DiCaprio, who Gigi has been romantically linked with in recent months.

However, she missed his 48th birthday bash in Los Angeles on Friday night, with fans wondering if they are still dating.

When she hasn’t been modelling her latest range for her Guest In Residence brand, Gigi has been speaking out for what she believes in – firstly calling out Kanye West for a series of offensive remarks in September.

She also announced last week that she was leaving Twitter following Elon Musk‘s purchase of it, branding the site a “cesspool of hate and bigotry.”

She doesn’t bite her tongue.

Only one way for Margot

MARGOT Robbie was unsure whether she wanted to be in Hollywood at all after her breakout role as Naomi Lapalglia in The Wolf Of Wall Street.

She said: “Something was happening in those early stages and it was all pretty awful and I remember saying to my mom, ‘I don’t think I want to do this’.

“And she just looked at me, completely straight-faced, and was like, ‘Darling, I think it’s too late not to’. That’s when I realised the only way was forward.”

Margot has gone on to become one of the most in-demand stars in cinema, although in a new interview with Vanity Fair magazine she revealed a planned Pirates Of The Caribbean reboot with her at the helm has been ditched by Disney.

She explained: “We had an idea and we were developing it for a while, ages ago, to have more of a female-led – not totally female-led, but just a different kind of story – which we thought would’ve been really cool, but I guess they don’t want to do it.”

DAISY Lowe cradled her baby bump before saying goodbye to another little bundle of joy.

The model, who announced her pregnancy six weeks ago, wore this outfit to Battersea Power Station’s new Glide ice rink in South London on Monday, but rushed off after finding out her beloved dog Monty had died.

She wrote on Instagram: “Tonight my little best mate, the best sidekick a girl could ask for, passed away peacefully.

“He has been the world’s greatest gift to my life.”

Kanye West – Ye – Or Whatever He Goes By Next is Everything Wrong In Our Society Today!

Today24.pro
Best Android app 2022 – Google reveals top pick for the year and it’s totally free Five ways struggling families can get free cash to help pay for food this Christmas The Darkest Secret and Tragedy of Edwin Valero In the age of megachurches, communion has become a big business