ITV is planning a drama looking at the creation of Big Brother to coincide with it bringing back the reality TV show next year.

I can reveal they are geared up to splash some serious cash on the project and are even hoping Downton Abbey creator Julian Fellowes will adapt the story.

ITV is planning a drama looking at the creation of Big Brother to coincide with it bringing back the reality TV show next year – but who will play Davina McCall?[/caption]

The project, which is currently unnamed, will revolve around top telly producer Ruth Wrigley, who was the exec on the original BB back in 2000.

A TV insider said: “The drama is likely to be in a similar vein to ITV hit Quiz which looked at Who Wants To Be A Millionaire?

“It focused on the story of cheating Major Charles Ingram, who infamously coughed his way to con the show out of its seven-figure jackpot.

“The Big Brother drama will similarly zone in on the career of Ruth who was instrumental in making it one of the nation’s biggest obsessions. 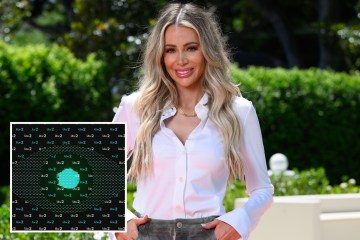 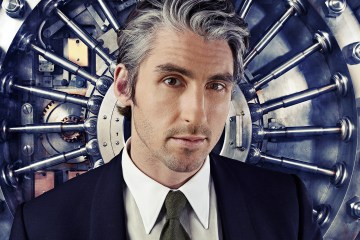 “Her story is particularly interesting as she had to fight huge misogyny to become one of ­Britain’s biggest exec producers.”

As well as Big Brother, which ran on Channel 4 for a decade until it moved to Channel 5 in 2011 for seven years, Ruth also helped create The Only Way Is Essex, which started in 2010.

The BB drama project is at a very early stage so it’s not clear yet who might play Ruth or Davina McCall, who was the contest’s first host.

Given the prestige that’s likely to be attached to the show, they will be two much sought-after roles.

DAVINA McCALL sported the schoolgirl look as she arrived in Leeds wearing white socks and smart shoes for an appearance on Channel 4’s Steph’s Packed Lunch.

As her fans agree, the hard-working former BB host is in a class of her own.

Denise surrounded by products from Aldi and Lidl, as she’s presenting a new C4 series about our obsession with random bargains found in the stores’ famous middle aisles[/caption]

NOW we know where Denise van Outen will be buying her Christmas presents this year.

Here’s the TV host, surrounded by products from Aldi and Lidl, as she’s presenting a new Channel 4 series about our obsession with the random bargains found in the stores’ famous middle aisles.

And Denise says she will be spending her first Christmas with new boyfriend Jimmy Barba, following her split from fiancé Eddie Boxshall last January.

She said: “I feel like I’m in good hands at the moment. He’s a nice guy. We’re going to chill at home for Christmas.

“He’s great and I’m pleased that he has a little daughter.

“She’s only three, so we get to do all the Christmas magic like Elf On A Shelf.”

Secrets Of The Middle Aisle starts on November 28.

MARTIN KEMP played one of EastEnders’ best-ever villains – and he’s got the bruises to prove it.

Reminiscing about his role as baddie Steve Owen, the actor said his time on the BBC1 soap was so manic, it made his stint in chart-topping Eighties band Spandau Ballet feel tame.

Indeed, viewers were so taken with his character he was once punched in the street by an angry fan.

Martin told the Walking The Dog podcast: “The fame in EastEnders just swamped everything. In some ways, I used to look back at the days in Spandau and think, ‘Yeah, I had a bit of freedom then’.

“Once I was walking along Tottenham Court Road and this fella just punched me as hard as he could in the chest, absolutely winded me. I was doubled over.

“As he punched me, he said, ‘Steve Owen’. At that point I really did question whether I should be in it. Because the fella could quite easily have had a knife or something, you don’t know.” 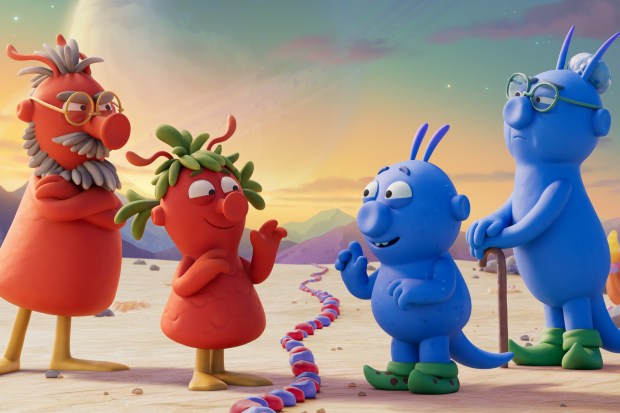 And now Adjoa Andoh has delivered an out-of-this-world performance as another difficult dame, Grandmother Smoo, in this year’s BBC Christmas animation.

She leads the cast of the Beeb’s version of Julia Donaldson classic The Smeds And The Smoos alongside Bill Bailey and Rob Brydon.

Adjoa said: “It’s a brilliant story with extra little treats you can laugh at as kids but there’s another level that parents will be laughing at, too.

“It’s nice to do something fun, friendly and joyous.”

Gruffalo illustrator Axel Scheffler is once more on board and revealed that for the first time in ten years he and Julia had been unable to sneak the kids’ favourite into the action.

Writer Julia said: “The storyline is totally pinched from Romeo And Juliet but with a happy ending.”

The film will premiere on BBC One.

SPENDING hours upon hours in the company of her hunky Strictly dance partner is doing wonders distracting Helen Skelton from her marriage woes, according to close pal Dan Walker.

And he thinks Helen, who split from rugby star husband Richie Myler in April, is revelling in being able to concentrate on other matters.

Dan said: “I think it’s a good thing that, in a weird way, it’s not just about the dancing for Helen. She’s really enjoying it and it’s lovely to see. She’s shining every single week so I hope she carries on forever.”

FORMER Strictly judge Len Goodman has quit Dancing With The Stars. The telly veteran, a mainstay on Strictly until 2016 and the US series since 2005, wants to return to the UK to spend more time with his family. He said: “It’s been such a wonderful experience for me.”

Lost Voice Guy is back with another Christmas special, and some big guests[/caption]

The 2018 Britain’s Got Talent winner – aka Lee Ridley – returns to ITV for another festive gig following the success of last year’s Christmas Comedy Club.

Lee said: “I really enjoyed last year and I know for sure that this year’s will be even better.

“I’ve already got my Christmas outfit cleaned and pressed in anticipation.

“I can’t wait to spread some more Christmas cheer across the country.”

Lee, who has cerebral palsy, uses a communication aid in his stand-up routines.

His festive show will air on ITV on Christmas Eve.