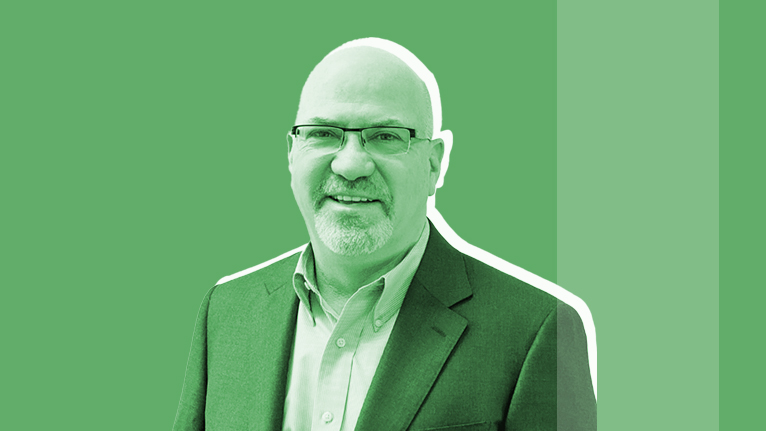 Thanks to an influx of retiring baby boomers—300,000 this year!—and employees changing demands coming out of the pandemic, with benefits like flex-hours and options to work-from-home as top priorities, the Canadian job market is facing a hiring bust. Job openings are abundant, but employers are scraping the barrel to try and find quality candidates to fill them.

Bruce MacDonald has been head hunting for over two decades and is the managing partner of MacDonald Search Group, the cross-Canada head hunting firm which he founded in 2010. We spoke with him to hear about what’s caused the outsize challenge, what employees today are demanding, and how he thinks the labour market will look in the coming years.

Q: How would you compare the market today, compared to 25 years ago when you first started in the head-hunting business?

A: I have never seen a market like it is today, post-COVID-19. If we were to go back 25 years ago, the baby boomers would be aged between 35 and 55. That was a really large demographic group, so there was a higher number of candidates out there and available. Now, the youngest portion of the baby boomer group would be 60 years old, and most of them are heading into retirement. So the market is extremely tight for quality candidates at this point.

In the U.S they coined the term “Great Resignation” but I wouldn’t put it that way. I would call it the “Great Empowerment.” In March 2020, everybody  took home their laptops and their monitors and they all started to work from home. As we moved into 2021, many companies had record years in terms of profitability, and candidates realized, “Hey, wait a minute. I’m working from home, I can walk the dog at one o’clock, and yet my company just had a record year?” The pandemic empowered candidates to look at opportunities on their terms. That’s been the big difference. They want a flexible working situation, they want to work from home.

Q: What kinds of demands are you hearing as part of this “Great Empowerment” you’re seeing?

Asking for flexibility of work location and salary, for sure. I think there’s more pressure from the candidate pool on salary now due to inflation. Another thing is that in the last three-four months, I’ve seen a number of candidates that have actually signed an offer, and then just decided not to show up on the start date. And the reason is that they found another opportunity, or they’ve been counter-offered. You know, the number of counter-offers that are out there have probably doubled since pre-COVID19. That’s because those companies who are potentially losing that particular employee know how hard it is. They don’t want to lose somebody, so they pony up and they add more money to their current compensation. When counter-offers do occur, sooner or later things do fall apart. But in the heat of the moment, people will take the quick money, right?

Q: What other ways can employers attract talent?

So it’s interesting. If you go back 15 to 25 years ago, the onus was on the candidate to secure the job. All of the interviewing and the screening processes were all about the candidate, proving to the company that they were the right choice. Companies in today’s environment that are more successful do a little bit of selling themselves. They put some effort into selling their company to the candidate versus the other way around.

I have seen companies with a job vacancy for six months, and after looking on their own for three or four months, they come to us, and we get them to the offer stage. And they actually have to walk away and restart the process all over again and will end up with a vacancy, maybe for nine or twelve months. Because they don’t have the ability or resources to bridge the gap of employee demands, whether it be a salary demand, or a work location demand.

Most of the time—more than half the time—people are asking the work-from-home question. And as commutes become more challenging, these questions are more often coming up for those in the major city centres—in the GTA, Vancouver, Montreal, Calgary.

I would say from a demographic perspective, people under 35 are most often asking about whether or not you can either work from home, or have some sort of flexibility. It has come up in practically every search that we’ve worked on over the course of the last year, and it is a major hot button in the marketplace for people. But many traditional and longtime companies that are multinational or global corporations have also pivoted and are offering an understanding that candidates may want to only work in the office three days a week, or four days a week, and I think it provides an acknowledgment of what the candidates are looking for.

But there are other companies that are asking their employees to come back. The telling tale in all of this will be whether or not companies still maintain efficiencies and growth. But it’s a mixed bag right now. It’s really up in the air, believe it or not, as to how work-from-home demands will affect our client companies.

Q: Which industries are you seeing having to fight for employees and entertain counter-offers the most?

I don’t think there’s any one particular industry, I really believe it’s affected the entire employment population out there. MacDonald Search Group works in all industries: consumer products, pharmaceuticals, we work in industrial products, we work with business-to-business products and services. We’ve got consultants that work in manufacturing operations and supply chain, and finance. And I don’t think there’s any particular industry, nor is there any particular job role that has not been affected by all of this. It’s almost prevalent everywhere we look.

Q: Some employers are using social media, like TikTok and Instagram as a tactic to attract younger talent. What do you make of this?

I would say that LinkedIn is the only effective place right now. It’s an interesting tool for the candidate pool, it’s almost like a Facebook for people to put their careers up on the open market.

Right now, companies are all experiencing a similar situation in that all of their job postings are just not attracting applicants as they used to. For example, we have probably a couple of 100 jobs posted on our website, and we’re national, right across Canada with six offices. Frankly, we would probably fill less than 5 per cent of the roles that we work on through an application. It’s more about having to go out and find them. I think that’s what’s happening more often than not – we are receiving more calls from companies who in the last five to ten years, had never previously gone to an external recruitment avenue. Now they’re coming to us telling us that they just can’t find people. So it’s the market tightness. That is the biggest determinant of what’s going on out there more than anything.

Q: As a headhunter, you’re in this unique position where you speak with both candidates and the employers. Are you seeing a disconnect between the wants and needs of the two sides?

A little bit. I think that because the dynamics in the marketplace have changed, it’s going to take time for companies to absorb that change in the market, to pivot or alter their approach. Most recruiters in Canada might agree that on the company or the client side, they have been a little bit slow to react to what they may have to do in order to attract quality people to their organizations. That’s probably understandable too, they’re not going to do it overnight. But I would say that the biggest thing I’ve observed so far is at the client side, it has been a touch slow to react to what’s going on out there. Most of the companies that we deal with are larger organizations. So I don’t think they’re going to run the risk of going under if they don’t pivot, but I do think that there will be some ramifications to how they do their business for sure. For example, if it’s a sales company or manufacturing group of employers, they could become less efficient and they could lose sales. There’s a whole lot of different things that could occur. If they can’t secure the right people to fulfill the roles that they need, then they’re going to become less proficient at what they do. It’s our job to try and help them understand. We do that in every one of our searches at the very onset, and say ‘Look, things have changed.” I’m a baby boomer, and myself, I haven’t experienced any sort of worldwide, life-changing events like COVID-19 was.

Q: What direction do you see things heading in the next couple of years in the Canadian job market?

The market tightness is going to stay for a period of time, just based on demographics, until perhaps Canada opens up more immigration. But I don’t know if I can foresee any significant changes. The candidates hold the power right now. It’s a newer generation, an energetic and vibrant generation and they’re not afraid to issue their demands, whatever they are. When I grew up and worked in the corporate world, we were always taught to ask what you could do for the company. The newer generation is saying, “Hey, what can the company do for me?”

The post I’ve been a headhunter for 25 years and I’ve never seen a job market like this appeared first on Macleans.ca.