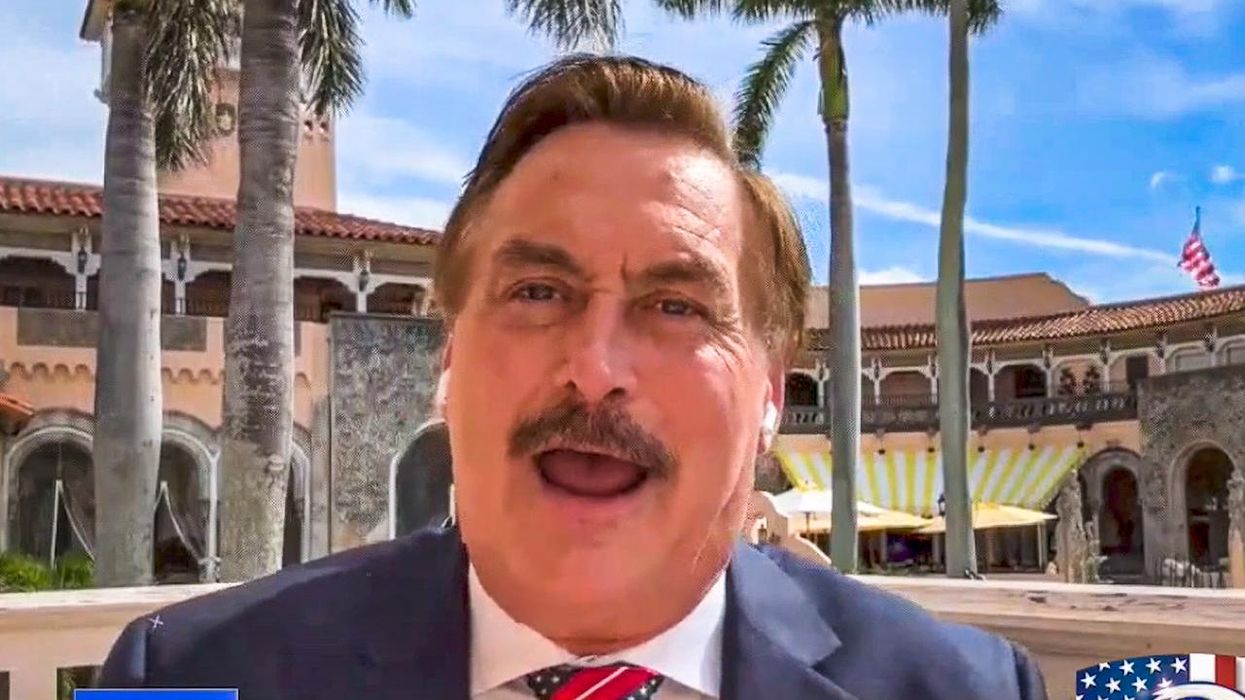 MyPillow CEO Mike Lindell on Tuesday declared that it was "divine intervention" for former President Donald Trump to announce his 2024 presidential run so soon after Republican candidate Kari Lake lost in Arizona.

Conservative podcast host Steve Bannon spoke with Lindell about Lake's loss to Democrat Katie Hobbs in the race for Arizona governor. Bannon argued that there was "zero probability" that Lake lost to Hobbs.

"There's a lot to be done," the pillow executive replied. "I think it's just a divine intervention today that the president will do this announcement. And everybody needs to keep the faith. I mean, this is all unfolding. We've caught them. They are absolutely caught. Everything that was done in Arizona. They are caught."

Lindell predicted there would be an "unraveling" of election information.

Despite Lindell's claims, there has been no evidence of widespread election fraud in Arizona.