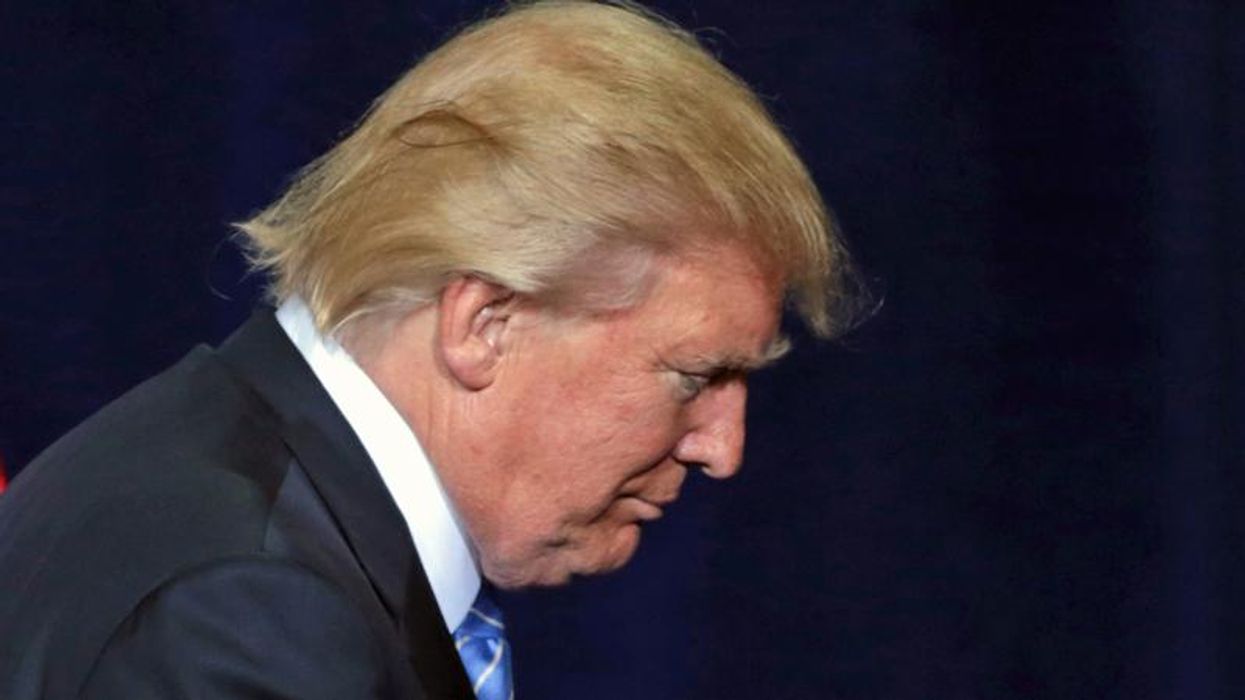 “I need loyalty, I expect loyalty.” Those were President Donald Trump's words to FBI Director Jim Comey on January 27, 2017. Comey made clear Trump would get his honesty. He was fired less than four months later.

Americans quickly learned the one thing Donald Trump values above all else is loyalty.

One week after the January 6 insurrection, House Republican Minority Leader Kevin McCarthy stood on the floor and blasted Donald Trump, saying he "bears responsibility" for the attack on the Capitol and on democracy. Two weeks later he flew down to Mar-a-Lago, where he reaffirmed his loyalty to Trump with reporters.

Senator Lindsey Graham, on the night of January 6, 2021, told his fellow lawmakers, “Trump and I, we’re had a hell of a journey," but, "today all I can say is count me out. Enough is enough."

"Graham is set to visit the former president’s gilded Mar-a-Lago Club on Sunday to spend two days golfing and dining with Trump. He has spoken to the former president nearly daily since Jan. 6 — more frequently than any of his Republican colleagues in the Senate — and served as an informal adviser to Trump’s defense team during his Senate impeachment trial this month."

Trump, however, may not be getting the loyalty he requires from his top allies as he prepares for Tuesday night's announcement, expected to be the launch of his third presidential run.

"I think the majority of the conference would prefer that President Trump not announce his presidential run tonight," Senator Lindsey Graham said Tuesday, according to the DC Examiner's Samantha-Jo Roth.

"Rep. Matt Gaetz, one of the very few GOP lawmakers who had planned to go down to Mar-a-Lago tonight for Trump’s announcement, says the weather is not looking good for his flight down from D.C. to Florida. But he will be there 'in spirit,'" notes Associated Press congressional reporter Farnoush Amiri.

It gets worse for Trump.

The news outlet quotes Sen. Cynthia Lummis (R-WY) saying, "who is the current leader of the Republican Party? Oh, I know who it is: Ron DeSantis.”

Sen. Graham, Politico adds, "who has stood with Trump through thick and thin since his onetime rival became president, said 'let’s see what he says … I’ll tell you after Georgia.' Lummis added that she’s 'kind of disappointed that, if [Trump] announces something, that it will be a distraction from the Georgia race.'"

"South Dakota’s John Thune, the No. 2 Senate Republican, had no qualms on Monday about declaring he wouldn’t endorse Trump in a contested primary. Neither did Sen. John Cornyn (R-Texas), saying: 'No. I’m sure I’ll support the nominee of the Republican Party, but I think there’s likely to be a competitive primary election.'"

It's not just congressional Republicans who don't want Trump to announce, either now or ever.

"In interviews, more than two dozen state GOP leaders, elected officials and operatives said Trump's heavy involvement in midterm contests up and down the ballot doomed them in swing states, leaving intact the Democrats’ blue wall in Pennsylvania and the industrial Midwest and costing them a winnable Senate seat in Nevada," NBC News reports. "Trump loomed large in the minds of voters, exit polls showed, and in many key races, voters rejected his hand-picked candidates."

They "said they increasingly see Trump and Trumpism as losing propositions and would prefer he not run for president again in 2024."