MILLIONS of households are set to get a discount on their water bill next year.

It comes after the water regulator Ofwat confirmed that a dozen suppliers will have to return almost £150million to billpayers.

Cash is being handed back to customers after the companies missed key performance targets.

Thames Water and Southern Water will return the most – £50million and £30m each respectively – as they were found to be the worst performing suppliers.

The discounts will be applied from next year in the form of lower bills, not as direct of one-off payments.

Water bills rise annually from April each year and the discount will be included in bills for 2023/24. 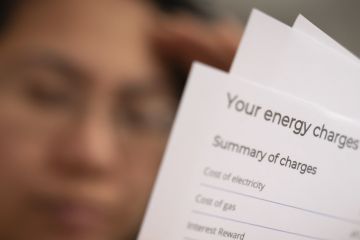 Thousands of energy customers to get £800,000 in compensation 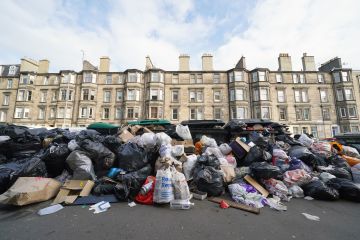 The exact amount the discount will be worth will depend on how many customers each firm has, plus how much bills are set to rise or fall next year.

This can depend on your particular water company and a number of factors at the time, including inflation.

The watchdog regulates suppliers, and if companies don’t meet a number of targets, they are hit with penalties.

Ofwat boss David Black said: “Too many water companies are failing to deliver for their customers.

“The poorest performers, Thames Water and Southern Water, are consistently falling beneath our expectations and those of their customers.

“They need to take immediate action to improve their performance and rebuild trust with the people they serve.

“We will continue to hold companies to account for their performance and we will make sure that they raise their game.”

Here are the 12 water companies that have been told to reduce bills – and the total amount they have to give back.

These suppliers cover most of England and Wales’ supply.

But other companies which exceeded their targets will be able to recover more money from customers.

It means their customers could see their bills go up. They include the following:

Consumer Council for Water senior director of policy, research and campaigns Mike Keil previously told The Sun: “The scale of these penalties reflects the extent to which too many water companies have failed to deliver on promises made to their customers and it’s right households are reimbursed.

“This will help to ensure bills do not rise as much as anticipated next April for some customers but it won’t be enough to cushion the blow for the one in ten households that already say their water bill is unaffordable.”

The average combined water bill comes to £419 a year.

But there are a number of ways to lower your bill – we explain how.

How to cut water costs

Unfortunately you’re stuck with your local water supplier – you can’t move companies like you can with other services.

But there are still ways to save on your bill.

Moving to a water meter could could help some save some extra cash.

One mum more than HALVED her water bill after getting a meter – saving over £200 a year.

Obviously if you do use a lot of water then it makes no sense to have a meter as your bills could go UP.

The Consumer Council for Water offers a free water meter calculator that’ll tell you if you can save by fitting a water meter.

For example, if you have a big family and more people than bedrooms or simply use lots of water intensive appliances like washing machines or dishwashers, a fixed fee will be better for you.

According to Uswitch you could cut £70 from your energy bills and reduce your water bills too by reducing your wash time.

And leaving the water running while you brush your teeth could add £60 a year to your bills says Octopus.

The same goes for washing dishes, be sure you turn the tap off as if you’re doing it in the sink, leaving it running will add £25 to your annual bill.

Many water companies offer free water-saving devices that shave pounds off your bills too.

You can get help to cover the costs of your water bill too.

Water companies offer a range of support to struggling households, including a cap on bills for large families and those with certain medical conditions through the WaterSure scheme.

To qualify for the scheme you need to already have a water meter installed, and prove you need to use a lot of water.

JUST IN: Student sent to prison over Aisha Buhari tweet

Today24.pro
Billionaire investor Howard Marks touts a bargain boom as interest-rate fears grip markets - and predicts a surge in companies going bankrupt I make $1,000 a month by promoting Amazon products on social media. It only takes 5 hours per week — here's how I set up my side hustle. One of The Greatest Britons in History - Joe Calzaghe RoboCV: stacker robot