A FAMILY was left open-mouthed when they ordered a 40 foot inflatable Santa to decorate their garden – only to discover they hadn’t thought through just how tall it would be.

Kiel James Patrick, who is on TikTok as @kjp, and his partner decided to splash out a whopping £2.9k on a big Father Christmas to stand outside their house to get into the festive spirit early.

Kiel explained in a video posted to the social media site: “We bought a 40 foot Santa from Amazon to decorate our yard for Christmas.

“He ended up being a bit bigger than we were expecting!”

The video then cuts to footage of the Santa, which can be purchased from Amazon for $3459.99, being unwrapped from its box.

He then rolled the inflatable out onto the grass and laid it out, before using a pump to blow it up. 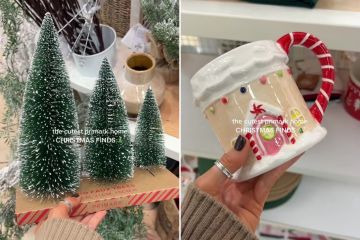 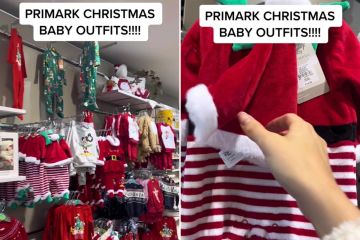 Primark fans are raving about their new cosy Christmas pyjamas

Minutes passed as the inflatable began to fill with air – and it was immediately clear that the Santa was huge as it continued to take up much of the space on the lawn.

Eventually, Father Christmas stood at its full height, towering over the house and making everything else look tiny.

Kiel said: “My 4 year old and neighbours loved it.”

He later joked: “Need to put Santa up on Airbnb, just his right leg is bigger than my living room.”

Many of Kiel’s social media followers were also thoroughly entertained by the family’s mix-up and took to the comment section to share how much it had made them laugh.

One wrote: “Ended up being bigger than we expected. SIR it is a 40ft Santa.”

A second said: “The way it covers the entire house” with a string of laughing emojis.” Another added: “Your goal is being able to see your house from space, isn’t it? Love it!”

While a different person joked: “Good luck putting that back in the box!”

Today24.pro
LAMB BUTTER Will Melt in Your Mouth! Ancient Food on the Silk Road! I make $1,000 a month by promoting Amazon products on social media. It only takes 5 hours per week — here's how I set up my side hustle. One of The Greatest Britons in History - Joe Calzaghe RoboCV: stacker robot