MAX George has had a huge tattoo of Maisie Smith’s face on his arm.

The Wanted singer paid tribute to his girlfriend with the impressive gesture – just months after they started dating.

Max paid a visit to his favourite tattoo parlour – INK’D in Fulham, London, to have half lion and half Maisie inked on his arm.

The stunning piece features the EastEnders actress’ piercing eyes, replicated from one of her Strictly Come Dancing images.

The pop star had his ex Stacey Gigg’s name tattooed on his wrist during the height of their three year romance.

He recently had that covered up at INK’d with a lion and a rose design. 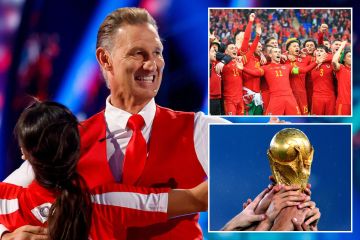 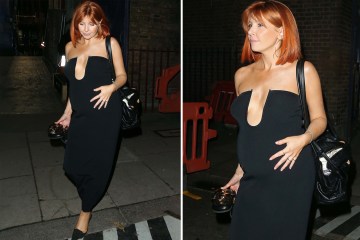 Just last week the loved-up couple fuelled speculation they were set to wed after actress Maisie flashed a sparkler while on holiday.

However insiders told The Sun that while the Strictly Come Dancing co-stars are not yet engaged, they have moved their relationship to the next level by introducing their parents to each other.

A source said at the time: “Maisie and Max are absolutely smitten and wanted their families to meet properly.

“They have flown out to Cyprus along with both their families for some proper bonding time together.

“Max is head over heels for Maisie and wanted his family to see just why she was the perfect woman for him.

“It is a sign of how seriously they are both taking this.

“This is not a flash in the pan romance for Maisie and Max and everyone seems to be getting on well which is all they could have hoped for.”

The Sun exclusively revealed the pair – who met on Strictly in 2020 – had been secretly dating for weeks after growing close on the show’s tour this year.