AN outgoing teacher has made TikTok users beg to sign up for her class after she shared a video of herself twerking in her classroom.

Taking to TikTok, the teacher demonstrated her dancing abilities – and people are loving it.

In a video, teacher Chrissie Callard responded to a question from one of her viewers.

“Can you twerk for educational purposes?” the TikTok user inquired.

Stood in her classroom in her work attire which consisted of a blouse and floral skirt, Callard recorded a humorous response to the request.

She showed off her attempt at twerking, doing a silly little dance that consisted of her moving side to side like a penguin at one point. 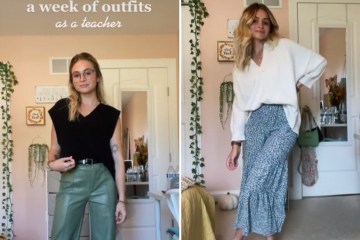 People met the comments section of her video with humor.

“I’m ready for my next lesson,” one person wrote.

“If I was her student it’d be watching too,” added another.

“Why am I not in this school?” a third person inquired.

“Where were these teachers at my school?” a final person questioned.

Previously, a teacher claimed that she goes from a 5 to a 10 when she leaves a class and strips off her work outfit.

In addition, another teacher shared that everyone loves her work wardrobe, but there’s an item she has to wear in class that might come as a surprise.

Man Utd 1 vs 1 Arsenal: 5 Important Things We MUST Learn From Draw At OT