The 21-year-old attacking midfielder has been a regular in Jurgen Klopp’s side this season and has made 22 outings for Liverpool, scoring three goals while laying on one assist.

And at the weekend, Elliott helped the Reds snatch three points with a 3-1 victory over Southampton and provided an assist for Darwin Nunez in the game. 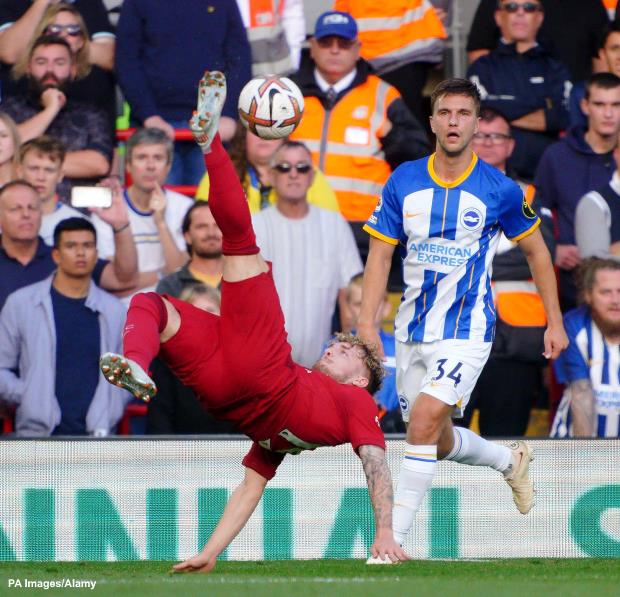 Aldridge was impressed with Elliott’s performance against the Saints and hailed Elliott for his pass for Nunez’s goal as one of the best passes of the ongoing season.

The former Liverpool striker stressed that despite his young age, Elliott needs to score more goals while providing assists as well because the 21-year-old is the most attack minded player in Liverpool’s midfield.

Aldridge emphasised that the Liverpool midfielder has great talent and is confident that the player will contribute more as long as he continues to work hard.

“Young Harvey Elliott too, what a ball!

“It was one of the best passes of the season, it was a magnificent ball to Nunez for the second goal.

“It’s what he’s in the team for – even though he’s only a kid – he’s got to get goals and assists as he’s the most attacking player out of the midfield three.

“But that will come if he continues to work.

“He has great abilities.”

Following the World Cup break, Liverpool will take on Manchester City in an EFL Cup tie on 19th December and Elliott will hope to continue his form against Pep Guardiola’s side.