TL;DR: We've gathered the best deals of the day on Nov. 15 all in one place — here are our top picks:

Ready to shop Black Friday deals on a random Tuesday in November? There's plenty to choose from in the realm of TVs, floor care, audio, streaming, and more.

The second part of the Walmart Deals for Days event, which went live yesterday at 7 p.m. ET, has delivered lots of new deals. Meanwhile, Amazon sneakily dropped Fire TV prices back down to all-time lows and Best Buy added even more products to its Black Friday sale.

Here are the best deals of the day for Nov. 15, gathered in one place for your shopping convenience. Keep your eyes peeled in the coming days as well — the closer we get to Black Friday, the crazier the deals get. 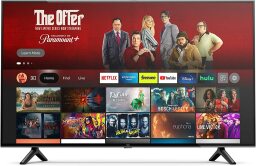 Most people fall into one of two camps: Amazon Fire TV or Roku. If you're the former, grabbing an actual Amazon Fire TV over another smart TV brand is a no-brainer. If you're already using a Fire Stick, your custom-arranged apps will be waiting for you as soon as you log into your Amazon account on the 4-Series Fire TV. It's equipped with 4K Ultra HD entertainment with HDR 10, an Alexa voice remote for convenience, and three HDMI inputs for connectivity. At $249.99, it's down to its lowest price ever on Nov. 15. 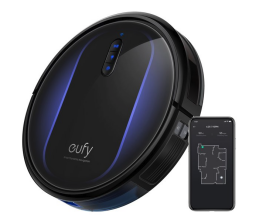 A robot vacuum doesn't need to cost a fortune. If you're looking for a floor-cleaning companion that gets the job done without all the bells and whistles, the eufy RoboVac G32 is up to the task. It features Smart Dynamic Navigation 2.0 and BoostIQ technology to deliver purposeful cleaning (no random paths) and automatic adjustments based on floor type. Plus, its anti-collision sensor and drop-proof technology ensure it will avoid most obstacles and falling down the steps. Take 60% off with this Black Friday deal at Walmart and get it for its lowest price to date. If you prefer all the bells and whistles, for $200 more, you can snag the eufy RoboVac X8 Hybrid for its lowest price to date as well. 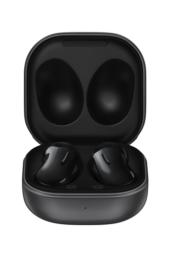 While they may not have the best noise cancelation in the game, the Galaxy Buds Live are still some of our favorite AirPods Pro alternatives. They look like little beans, but as Mashable tech reporter Alex Perry wrote, "There's a method to the madness." They fit securely in the ear and feature impressive sound quality that trumps most wireless earbuds in their price range. And at $69, the lowest price we've seen for these buds, they're a total steal.

The nation’s cartoonists on the week in politics

PKR plunges by Rs7.17 in interbank