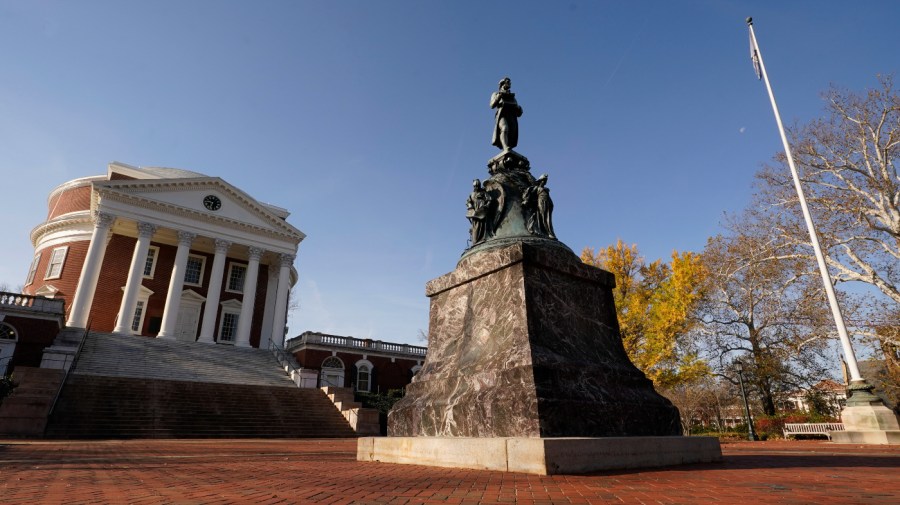 The father of the University of Virginia (UVA) shooting suspect said his son was “real paranoid” during the last time he visited about a month ago.

"Yeah he was real paranoid, when I talked to him, about some things,” Chris Sr. said. “He wouldn’t tell me everything. He said some people were picking on him or whatever, he didn’t know how to handle it. I just told him to just go to school, don’t pay them no mind, do what you got to do, you only got one more year.”

Jones Sr. said he and Jones Jr.’s mother separated when their son was five years old, and he was not involved in his son’s life for 11 years.

WTKR reported that Jones Jr. stayed in an apartment with his father and grandmother when he wasn’t at UVA.

Jones Jr. won an award for scholastic achievement, made national honor society and was accepted to UVA while he was a senior in high school, but a Richmond Times Dispatch article from when he graduated high school reported that he had gotten into fights for years, faced suspensions and struggled after his father left their family.

“What happened? Why did it have to get this far? He could have called me,” Jones Sr. said.