An Arizona rattlesnake wrangler was called to a horse ranch to relocate a gluttonous rattlesnake that ate so much it couldn’t squeeze back into its den.

“I was laughing,” Marissa Maki of Rattlesnake Solutions told McClatchy News, describing the moment she saw the overstuffed rattler. “It was too full to do anything. It barely moved. The snake didn’t even know what was going on. I think it was in a food coma.”

Also on FTW Outdoors: Boy, 8, turns the tables on deadly cobra and bites back, killing it

The rattlesnake, a western diamondback, was suspected of eating a chubby kangaroo rat or ground squirrel on the Scottsdale ranch.

It was discovered when riders from the ranch took a break in the shade and, as McClatchy News put it, “saw the snake’s butt hanging out, so to speak.” 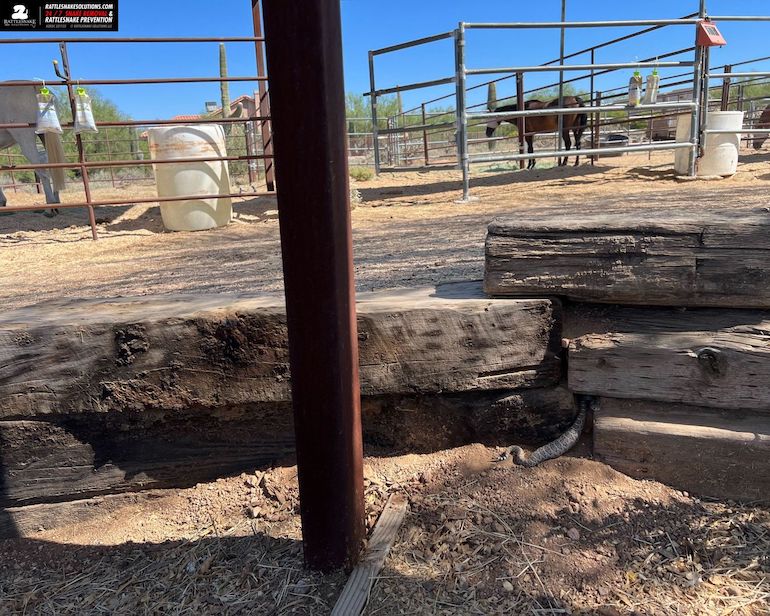 “Look at how fat he is,” Maki said when picking up the venomous snake with tongs.

Commenters took a mostly mocking tone on the Rattlesnake Solutions Facebook page. A sampling of comments:

“I can’t tell if he ate a kangaroo rat, or a kangaroo!”

“I know how the rattlesnake felt. For me, it is no longer fitting into my jeans! Sigh!”

“Looks like that one was temporarily rendered safe by its gluttony.”

“Was definitely eating well by the looks of her.”

So, what happened to the overindulging rattlesnake?

“It was relocated safely, without losing its meal,” Rattlesnake Solutions wrote.

Colin Kaepernick Is Fact-Checking Police Killings, One Autopsy at a Time

Dortmund taking it day by day on Haller, says Terzic