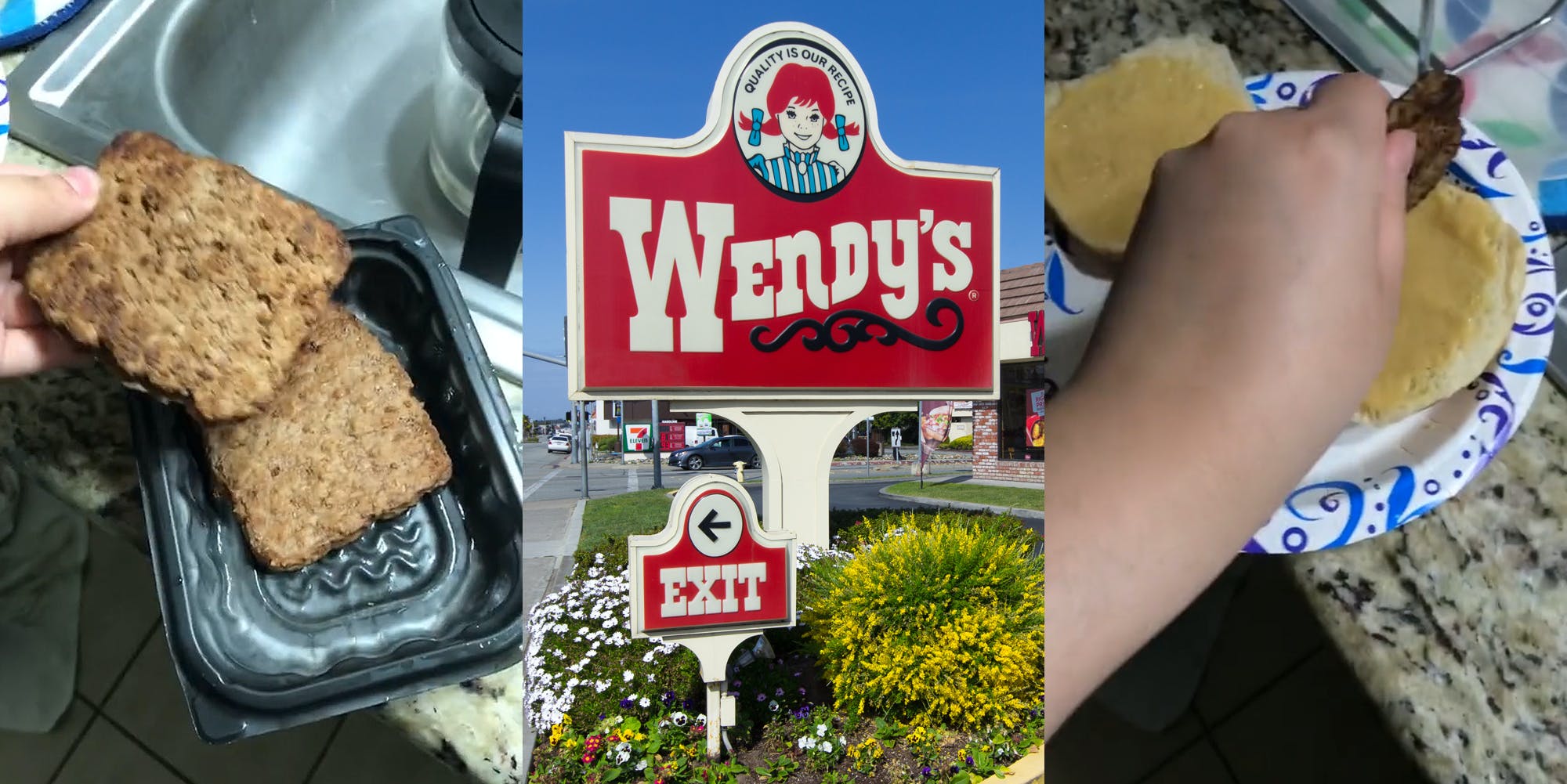 A customer filmed her rant against a Wendy's franchise for giving her a disassembled Dave's Double burger that she ordered through DoorDash.

TikToker @kodakaiju filmed herself having to put the burger together herself, but judging from the comments section, it seems like there may have been a reason behind the unique order mishap.

"I don't know who the fuck was scheduled to work today at the Wendy's, but count your fucking days. I ordered a whole-ass sandwich; you gave me a fucking meat only," she says as she takes the patties out of a container and assembles the cheeseburger herself, presumably with buns she already had at her home.

Viewers who saw Koda's clip expressed their own disappointment when it came to ordering through DoorDash, stating that they've experienced several instances where the food they ordered either wasn't to their liking or specific additional requests they made weren't adhered to. Others speculated that franchises intentionally fumble DoorDash orders by not putting enough care into their preparation.

However, there were some commenters that offered up logical explanations as to why the TikToker's sandwich was deconstructed, and it has to do with the potential for long wait times DoorDash users may experienced when ordering through the platform. Sandwiches that are slathered by sauces, especially hot meals, run a greater risk of becoming soggy over long periods of time. All of that steam and meat and sauce soaking into a bun over 45 minutes or so will leave a customer with a sopping mess by the time their food is delivered.

Which led other TikTokers to state that whoever packaged her meal separated the burger and neglected to include the other accouterments that came with her food.

"Bruh I ordered wendys today and they literally had my bun in the wrapper and put the meat, toppings, everything, in a separate tray," one said.

"I HAD THIS SAME THING HAPPEN!" another said.

Koda specified in the comments section that she indeed ordered a "specialty" burger from the chain and said that when she complained to DoorDash about the incident, the company only returned $2 from her $21 order. Despite the application's wide usage, the company has yet to reach profitability.

In a follow-up TikTok, Koda took a screenshot of a response from DoorDash in which it promised to "make things right."

The Daily Dot reached out to Wendy's via email, Koda via TikTok comment, and DoorDash via email.

The post ‘Count your f*cking days’: Customer says Wendy’s gave her 2 patties when she ordered whole Dave’s Double burger, had to finish making meal with own buns at home appeared first on The Daily Dot.