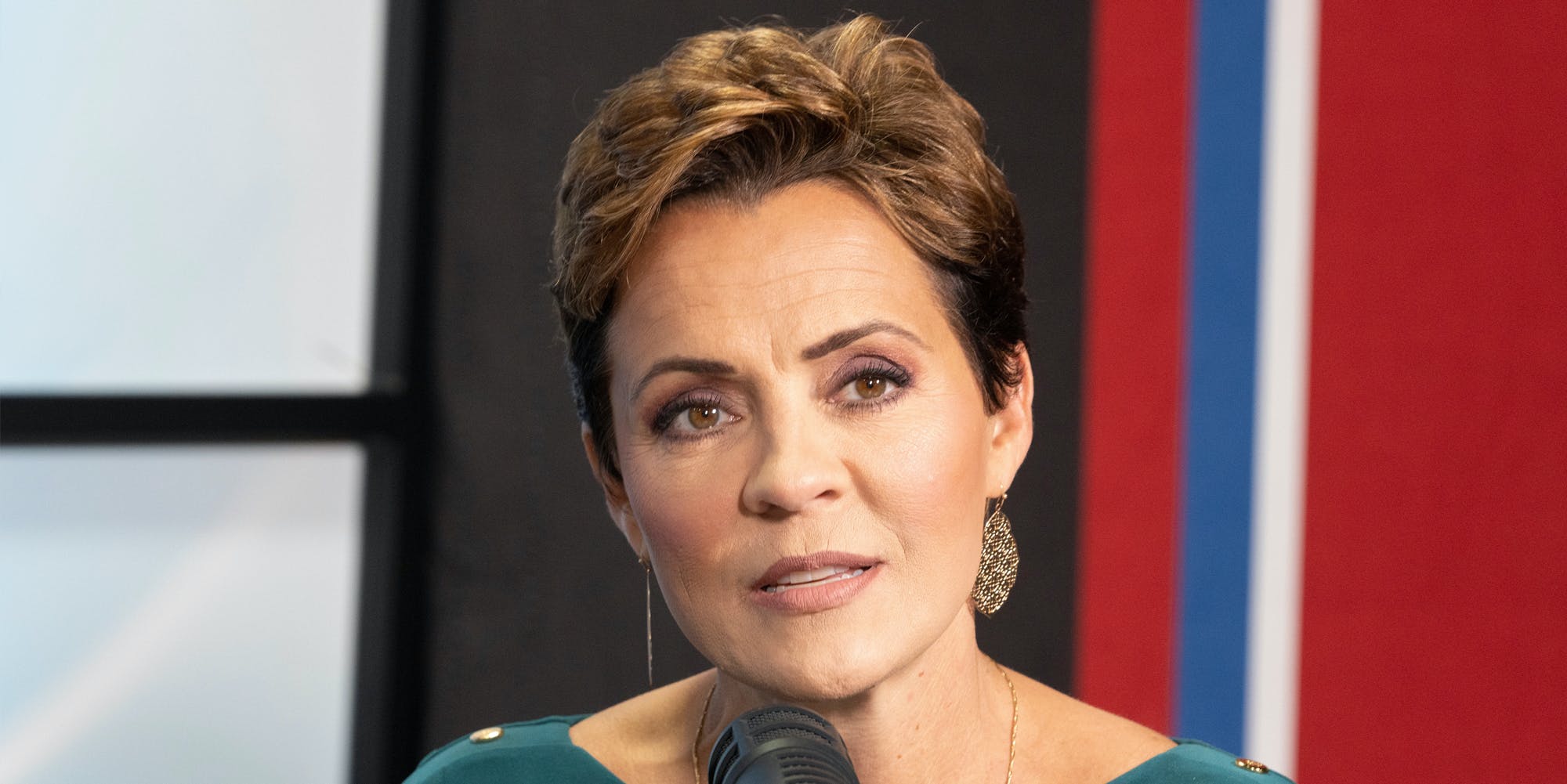 Republican Kari Lake is being mercilessly trolled on Twitter after losing her race for Arizona governor to Democrat Katie Hobbs this week.

Lake, a former news anchor turned election-denying conspiracy theorist, spent much of her campaign lashing out at moderate Republicans opposed to both her and her campaign's alliance with former President Donald Trump.

Now, following her defeat to Hobbs, Lake's political foes appear to be reveling in the moment by sharing old tweets from the failed politician.

On Monday, Rep. Liz Cheney (R-Wyo.) highlighted a tweet Lake posted in late October in which she sarcastically thanked the politician for urging Arizonans to vote against her. Lake argued at the time that Cheney's "anti-endorsement" had actually led to a surge in new supporters.

Cheney's tweet has since been shared more than 66,000 times, leading to an influx of celebratory comments from those similarly opposed to Lake.

One user even compared Cheney's tweet to a murder. Another user tied in Cheney's father, former Vice President Dick Cheney, who famously shot another man in the face with a shotgun during a hunting accident in 2006.

Cheney wasn't the only daughter of a famous politician to take a jab at Lake. Television personality Meghan McCain shared a photograph of her late father, former Arizona Senator John McCain, in a tweet mocking Lake's loss.

McCain's replies were filled with a mix of support as well as anger from Trump supporters, who accused the former cohost of The View of being petty.

Other longtime Republican operatives such as Bill Kristol, a neoconservative author and political commentator, also took aim at Lake. Kristol similarly highlighted an old tweet from Lake in which she accused the author of "crying" over her continued political rise.

Lake has yet to reply to any of her detractors.

In response to her defeat, Lake seemingly chose ambiguity over concession by possibly insinuating that the results were suspect.

"Arizonans know BS when they see it," she said.

White nationalist won over Trump with flattery and by stoking his ‘pugilistic instincts’: report