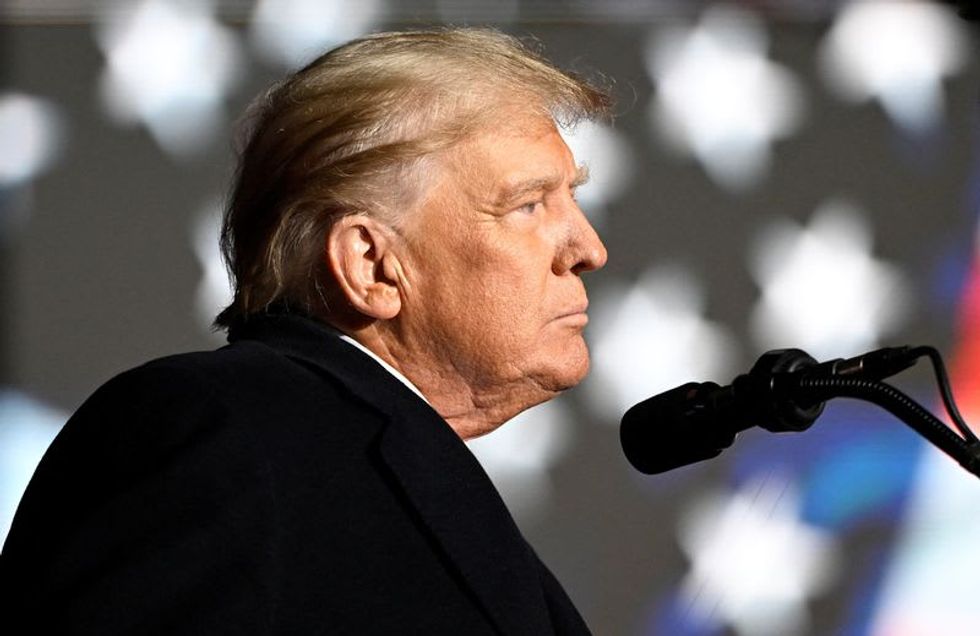 NEW YORK (Reuters) -Donald Trump has defeated his niece Mary Trump in a lawsuit where she accused the former U.S. president and two of his siblings of defrauding her out of a multimillion-dollar inheritance.

In a decision on Monday, Justice Robert Reed of a New York state court in Manhattan said Mary Trump released her claims against her relatives in a 2001 settlement over the estate of Donald Trump's father Fred Trump Sr.

Reed's decision came the same day a federal judge in Manhattan handed Donald Trump another legal victory, dismissing a lawsuit by his former lawyer Michael Cohen over being returned to prison in alleged retaliation for writing a tell-all memoir.

Mary Trump's case had its roots in the 1981 death of her father Fred Trump Jr., Donald Trump's older brother, who left Mary, then 16, a profitable real estate portfolio.

Now a 57-year-old psychologist, Mary Trump claimed that her uncles Donald and Robert Trump and aunt Maryanne Trump Barry were supposed to protect her interests but instead "squeezed" her out of tens of millions of dollars.

She claimed she learned of the fraud only when the New York Times published a 2018 Pulitzer Prize-winning probe into Donald Trump's finances, including his alleged efforts to avoid taxes.

But the judge said the settlement, which gave Mary Trump more than $2.7 million, "clearly and unambiguously" released the defendants from Mary Trump's claims.

He also said the settlement was neither unfair, nor "a case where defendants' alleged threats precluded the exercise of plaintiff's free will."

"Yesterday's decision is both incorrect and disappointing," Mary Trump's lawyer Roberta Kaplan said in a statement. "Given the age of the defendants, not to mention the fact that one of them intends to announce today that he is running again for President, we intend to seek an expedited appeal."

Donald Trump is 76, and Maryanne Trump Barry is 85. A lawyer for Donald Trump and Robert Trump's estate had no immediate comment. Barry's lawyer Gary Freidman declined to comment.

Some of Mary Trump's allegations about Donald Trump were in her own 2020 tell-all, "Too Much and Never Enough: How My Family Created the World's Most Dangerous Man." Her book and Cohen's "Disloyal: A Memoir" were best-sellers.

In seeking a dismissal of Mary Trump's lawsuit, Donald Trump accused his niece of trying to reopen the 2001 settlement to further her own political agenda and cash in on the family name.

Trump is separately suing Mary Trump, the Times and three reporters for more than $100 million. He claims they plotted to exploit his tax records to fulfill personal vendettas and desires for acclaim and money at his political expense.

OPINION - ‘Britcoin’ may be the Bank’s hedge against big tech