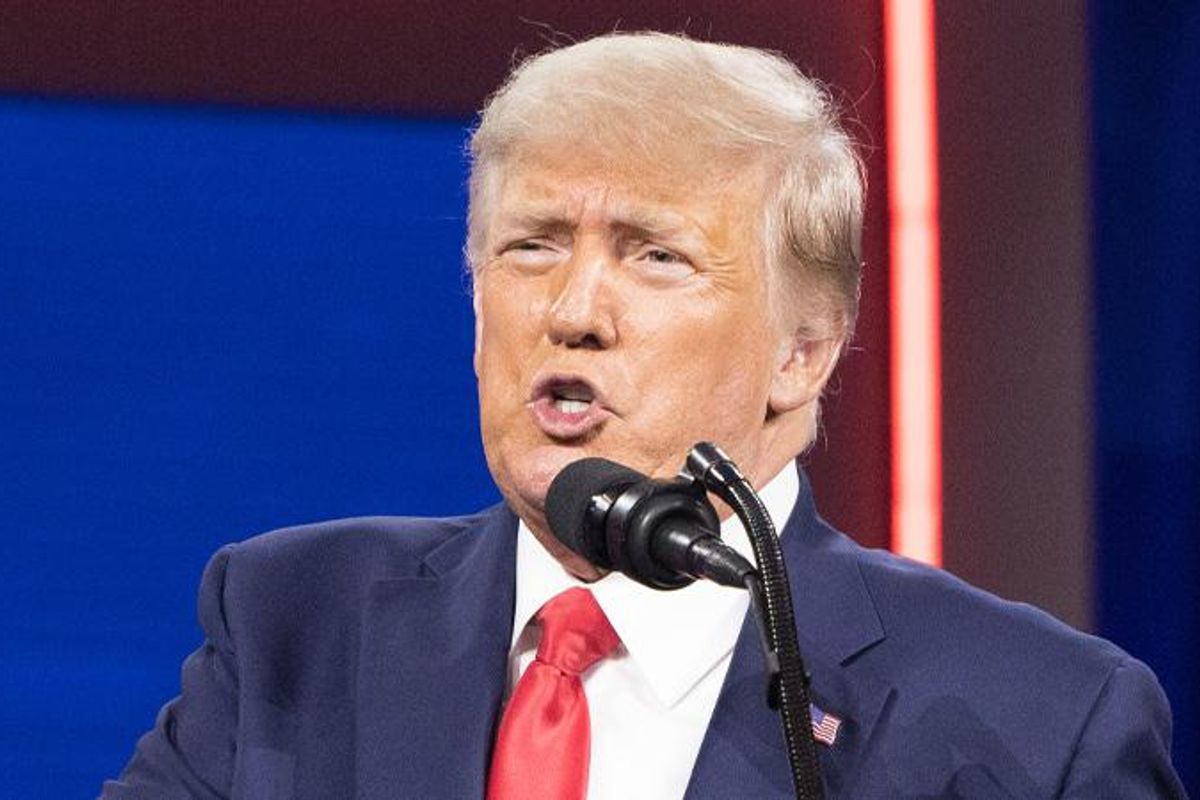 Donald Trump sounds as if he'll ignore warnings from other Republicans to wait to announce his third campaign until after Georgia's runoff election.

Democrats have already kept their Senate majority after a lackluster midterm election showing from Republicans, but GOP allies were still hoping he'd hold off until the Dec. 6 rematch between Sen. Rafael Warnock (D-GA) and his Trump-endorsed challenger Herschel Walker, reported CNN.

“I know there’s a lot of criticism and people saying, ‘Just focus on Georgia,’ but he figures there’s no point in waiting," said one current Trump adviser. "If Herschel loses, he’ll be blamed for distracting from the runoff but if he wins, he doesn’t believe he will get any credit for energizing the base."

Trump also wants to jump in the race to possibly stave off his chances of being indicted in multiple investigations and ward off potential challenges from Florida Gov. Ron DeSantis and Virginia Gov. Glenn Youngkin.

RELATED: Here's the real reason Trump wants to announce his candidacy now — and it's not about money

“If Glenn Youngkin decides to run for president, that’s his choice," said John Fredericks, a Virginia-based conservative radio host who chaired Trump’s campaigns in the state in 2016 and 2020. "But Team Trump will certainly mount a massive effort to win the Virginia delegates going to Milwaukee that is going to embarrass Youngkin."

Trump has publicly criticized Youngkin in recent days and attacked DeSantis as “DeSanctimonious,” but the Florida governor's allies are already floating strategies to use against the former president in a GOP primary campaign.

“Trump rants for a couple of months. DeSantis throws some red meat during [Florida’s next legislative session] and then we have a primary around May,” said one DeSantis ally.

Another DeSantis ally was asked how long the governor could go without acknowledging Trump's attacks: “A long time.”

We're having loyal Costco shoppers share their grocery lists with us. Here are their favorite breakfasts to buy there.

Pandemic Treaty Plans Being Worked On at WHO

Putting a pre-Christmas scare into an Austria town