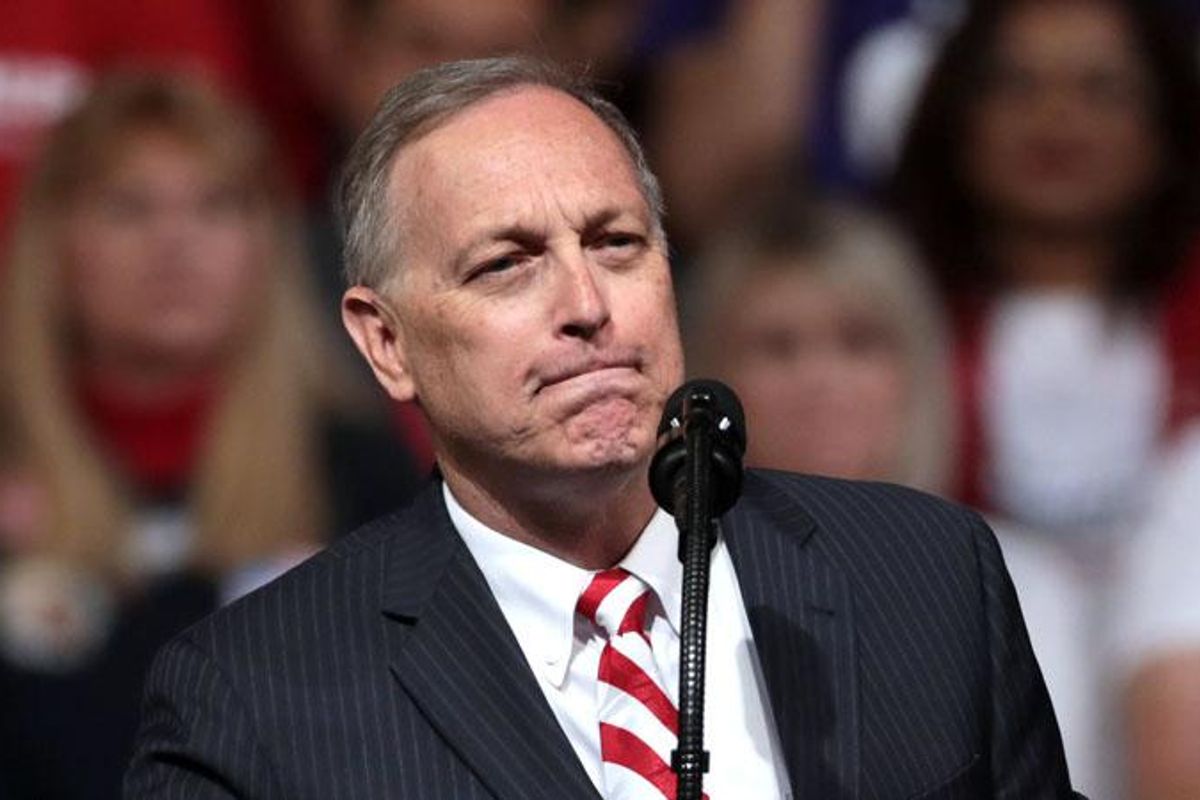 Rep. Andy Biggs (R-AZ) is encouraging his GOP colleagues to vote against House Minority Leader Kevin McCarthy (R-CA) to become Speaker of the House even though the powerful Republican might "exact retribution" on them for the snub.

"When will you make a change?" Biggs asked. "If we united, it doesn't mean you necessarily have to unite behind Kevin McCarthy, for Pete's sake. You can unite behind me."

"I feel confident we will have a significant number of hard nos on Mr. McCarthy," he added. "It's a secret ballot. A lot of people don't realize that this ballot today is a secret ballot and there are people who want to vote no for Kevin but they don't want him necessarily to know it because he might exact retribution against them. And that's also a crappy way to lead this body."

Mum burned down her house hours after getting eviction notice