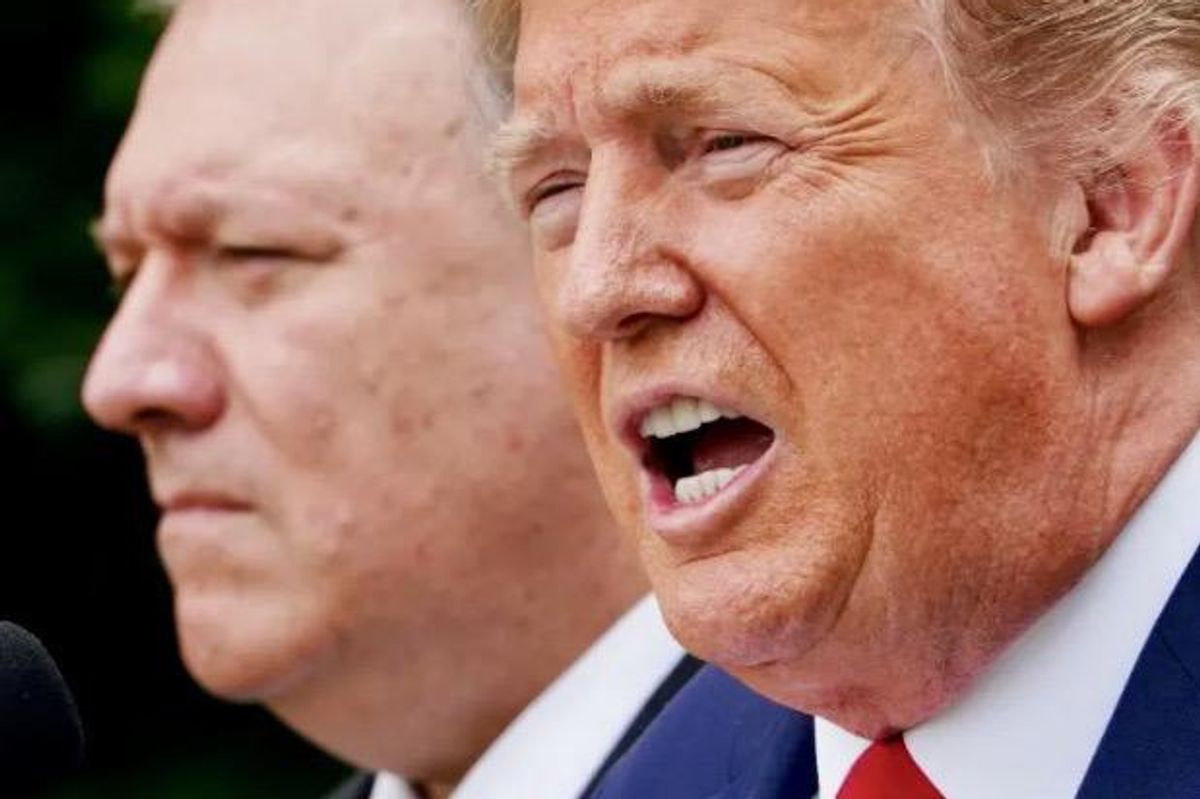 Mike Pompeo has seemingly made up his mind whether or not he'll run for the 2024 Republican presidential nomination.

The former secretary of state told conservative radio host Hugh Hewitt that Donald Trump's expected announcement, which could come as soon as Tuesday, would not impact his own thinking about entering the GOP primary race, reported Politico.

“What happens today or tomorrow," Pompeo said, "what some other person decides won’t have any impact on that.”

The twice-impeached former president is expected to announce his own entry to the campaign Tuesday evening at Mar-a-Lago, but some Republicans have urged him to hold off after last week's lackluster midterm election results and next month's Georgia runoff election between Sen. Rafael Warnock (D-GA) and the Trump-endorsed Herschel Walker.

IN OTHER NEWS: Conservative Texas Dem reveals GOP members and lobbyists are pressuring him to switch parties

Pompeo has previously said that a Trump campaign would not stop him from running, and he signaled a slight break with the former president he served as chief diplomat.

“I served in the administration, I’m proud of the policies we laid out,” Pompeo said. “We need more seriousness, we need less noise, we need steady hands, we need leaders that are looking forward, not staring in the rearview mirror claiming victimhood.”

“These are deeply personal decisions and we will sort our way and as soon as we have figured it out," he added, "we will let the American people know."

Who was Kristoff St John and what was his cause of death?

Apple iPhone Ultra for 2024 could be pricier than you think