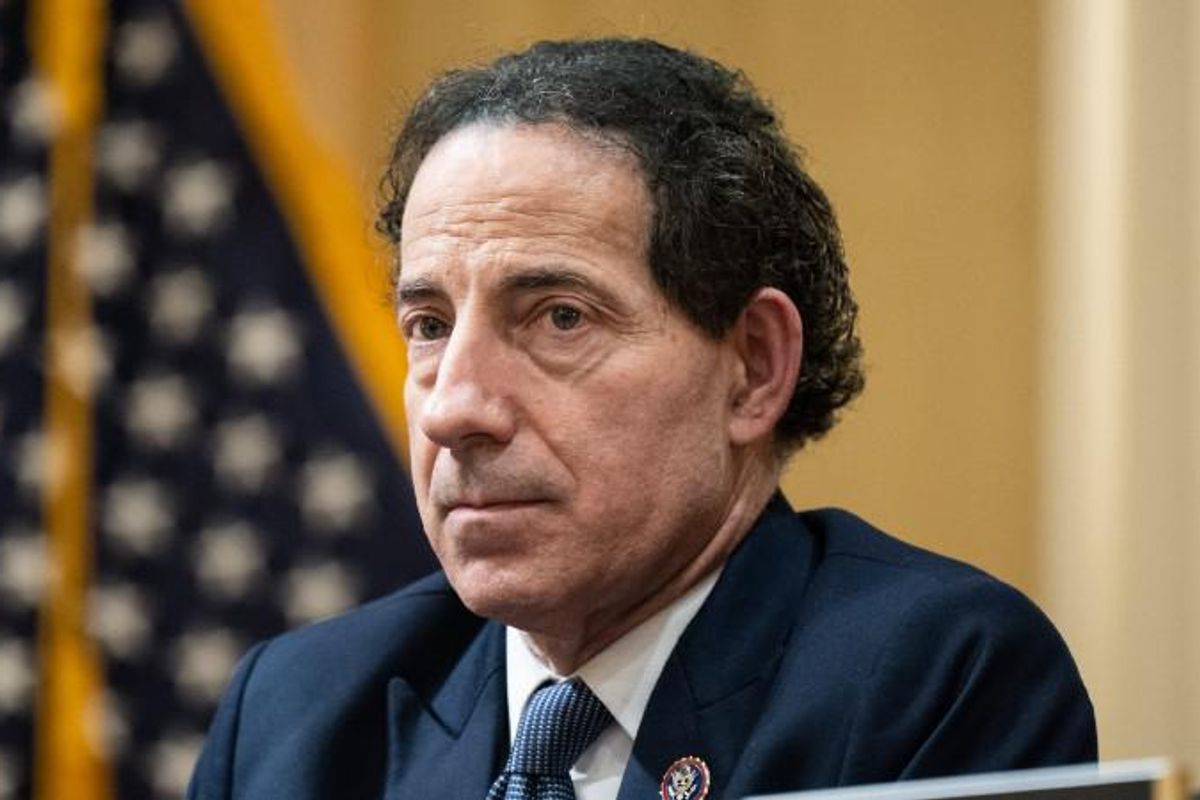 WASHINGTON — Rep. Jamie Raskin (D-MD) spoke with reporters after members returned to the U.S. Capitol on Tuesday following the election. When asked about his thoughts on what is believed to be Donald Trump's announcement of a 2024 campaign, Raskin said there are few options to stop him.

"He has a right to run unless it is determined that he doesn't have a right to run due to the ban in Section III of the 14th Amendment on people who participate in an insurrection against the Union," said Raskin. "At this point, it's a problem for the Republican Party. If 43 Republican Senators had done with seven Republican Senators did, he would have been convicted and presumably disqualified. I told Republican Senators that conviction was something they needed to do for the Constitution and the country, but it's also something they needed to do for their own party because he would come to destroy their party. And I think that they have a very serious problem because they've taught everyone to follow Donald Trump's orders, and now they've made their bed."

When asked about his colleague Rep. Liz Cheney (R-WY) and whether she intends to run for president, Raskin said he couldn't think of a more qualified Republican demonstrated by her Constitutional patriotism.

"I'm a Democrat and a true-blue Democrat who wants Democrats to win, but if she were to run in a Republican primary I would be rooting for her," he said.

Raw Story asked Raskin about the role that the Jan. 6 committee had on the 2022 midterms and Raksin said that it was prove important by the electorate.

"You know, if Democrats had lost 40 or 50 seats, as the pundits were predicting everybody would be saying that we blundered by focusing on democracy and freedom and the right to choose. So, having won, or having thwarted historic losses against the cyclical trends I think we can say that the strategy of talking about democracy, freedom and social and economic progress together was vindicated," Raskin continued.

Rep. Zoe Lofgren (D-CA), who is also on the House Select Committee investigating the Jan. 6 attack on Congress, told Raw Story something similar. The information that the committee helped provide to the American people through their public hearings likely helped voters see the importance of American democracy.

Raskin was still holding out hope that Democrats could stave off a GOP takeover. If Republicans ultimately take over the House, it will mean that the Jan. 6 committee will either be shut down or relitigated by the Republicans with a focus on blaming Democrats.

"There are already some Republicans who seem to be open to overtures from the Democratic side, like Don Bacon from Nebraska and several others," Raskin explained. "You know, the Republicans who do not have slavish obedience to Donald Trump may be looking for a way to uphold progress and the integrity of the republic. So, we're still a long way off from forming the actual congressional leadership."