We have exclusive Black Friday prices for Sun readers with deals starting from just £37.50pp a night.

The phone line is open from 9am to 6pm Monday to Friday.

Warner Leisure has a mixture of countryside and seaside hotels in popular locations spread across the country. 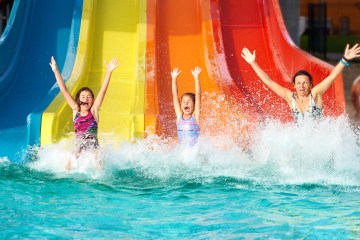 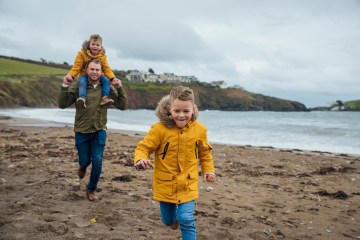 There are three different choices of breaks; Warner ‘gold’, ‘re-mixed’ and ‘late & live’, each offering different experiences and types of music.

The Warner Gold breaks offer gameshow and quizzes, ballroom sequences, line dancing, the best of the musicals with vocalists and comedians or showtime with a Warner performance.

One of the Warner Gold breaks is three nights at the Norton Grange Coastal Village in the Isle of Wight, costing from £159pp.

While the Warner ‘Gold Dance’ holiday is at Bembridge Coast Hotel,
in the Isle of Wight.

The four-night break is dedicated to dancing, including daily classes, showcases and more; plus, it’ll feature vocalist Rob McVeigh and comedy from Tank Sherman – costing from £205pp.

The breaks are available at different locations, costing from £135pp.

The late and live break is available in Somerset at Cricket St Thomas Hotel, with three nights costing from £159pp and appearances from party band Popwork.

For more staycation deals, the Travelodge Christmas sale has thousands of rooms from £8.50pp.

We have also rounded up Christmas family holidays in the UK from £12pp a night with Santa, ice skating and festive games.

If you’d like to start planning ahead, you can get up to 20% off all Pontins holidays for 2023, with prices from £5pppn.

We have exclusive prices for Sun readers with deals starting from just £37.50pp a night[/caption]

Today24.pro
Hans Niemann in the sole lead at the 3rd El Llobregat Open In the age of megachurches, communion has become a big business Why the power grid is an 'attractive target' for domestic terrorists: report Anthony Joshua returns to America in search of new coach ahead of boxing return and links up with trainer Virgil Hunter