The holiday company has short breaks from £180pp, meaning you could bag a vacation from £60pp a night this winter.

If you’re after a Christmas market break, we found three nights in Krakow costing from £249pp.

The deal works out at £83pp a night at the Rezydent Hotel, departing on December 23 from Manchester.

Here are more deals for a Christmas market break this December: 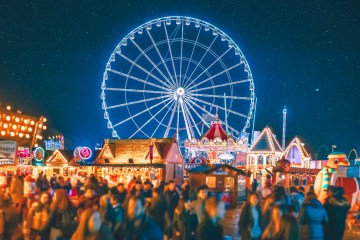 Travelodge Christmas sale has thousands of rooms from £8.50pp

We’ve also found some city breaks for winter, with departures in December, January and February.

The biggest bargain we’ve found is in Barcelona, with three-night stays at Tres Torres Atram Hotel available from £180pp in January (£60pppn).

Here are more deals on short city breaks this winter:

Booking.com has 15% off getaways in December & January- rooms from £30 a night

We’ve also found a few good deals for breaks to Iceland in February and March 2023:

All trips with Jet2 Holidays are ATOL and ABTA protected, meaning you won’t need to worry about cancellations or changes.

All the holidays include return flights, and Jet2 also received the Best Airline in UK and Best Low-Cost Airline in Europe at the Tripadvisor Travellers’ Choice Awards 2020.

Jet2holidays has week-long all-inclusive breaks to Spain, Portugal and Cyprus from £299pp this winter.

For a festive staycation instead, Travelodge sale has thousands of rooms from £8.50pp until Christmas.

While Santa’s Sleepovers are back at Alton Towers, you could stay for £104pp with dinner and breakfast included.

The short breaks start from £180pp, meaning you could bag a holiday from £60pp a night this winter[/caption]

How to recover an unsaved Excel file