I’M A Celebrity… Get Me Out Of Here fans have been left furious after Matt Hancock failed to mention the real reason he’s in the jungle.

The former Health Secretary – who was seen being buried underground in his sixth Bushtucker trial last night – had told viewers he hoped to raise awareness about dyslexia in the jungle.

Matt said he wanted to raise awareness about dyslexia[/caption]

However, viewers of the ITV competition have noted how MP Matt, 44, has failed to mention the learning difficulty as much as hoped.

Taking to Twitter, one wrote: “Has Matt Hancock mentioned anything to do with dyslexia during his time in the jungle? I thought he was doing on I’m A Celeb to highlight it?”

Another chimed in: “Has he even mentioned his dyslexia once? Seeing that he’s in the jungle to raise awareness?”

A third agreed: “Matt said he was going on I’m A Celeb to spread awareness about dyslexia and I’ve not heard him talk about it once?” 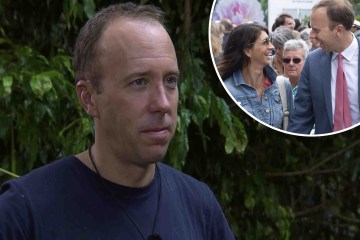 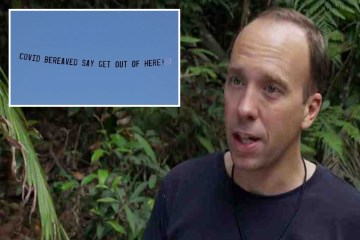 “So Matt Hancock went on I’m A Celeb to raise awareness of dyslexia but hasn’t actually mentioned dyslexia once,” a fourth concluded.

Before appearing on I’m A Celeb, Matt had claimed his reason for taking part in the show was to raise awareness.

He told The Sun: “I want to raise the ­profile of my dyslexia campaign to help every dyslexic child unleash their potential — even if it means taking an unusual route to get there . . . via the Australian jungle!

“I’m A Celebrity… is watched by millions of Brits up and down the country. I want to use this incredible platform to raise awareness, so no child leaves primary school not knowing if they have dyslexia.

“By talking about dyslexia on prime-time TV, I hope to increase support for my Dyslexia Screening and Teacher Training Bill (which receives its second reading in Parliament just days after I’m A Celebrity . . .  finishes).

“I aim to help the public better understand this very common condition, that affects around one in ten people.

A spokesperson for Matt Hancock said: “Matt continues to support the Covid inquiry and he’ll continue to meet all the deadlines. Matt has already handed over his phone and given full access to all his emails and text messages, when requested by Parliament.

“The second reading of Matt’s Dyslexia Screening and Teacher Training Bill is just days after I’m A Celebrity… finishes.

“By going on the show, Matt hopes to raise the profile of his dyslexia campaign and will use the platform to talk about an issue he really cares about in front of millions of people. Matt is determined that no child should leave primary school not knowing if they have dyslexia.”

It comes after I’m A Celeb was left in chaos after a banner was flown over the camp demanding Matt leaves the jungle.

Man charged with murder in fatal board beating in Queens, police say