SADIO MANE has been ruled out of Senegal’s World Cup start due to a leg injury.

The former Liverpool attacker is Senegal’s star player and will be a big miss for his side at the tournament in Qatar.

Sadio Mane picked up his injury in Bayern Munich’s match against Werder Bremen.[/caption]

The rest of the squad that includes players such as Chelsea duo Edouard Mendy and Kalidou Koulibaly have been bluntly told “not to whine” about the absence of their talisman.

Senegal soccer federation board member Abdoulaye Sow said: “Senegal will have to cope without its best player for the start of the tournament and not whine too much.

“We will have to rely on playing the first games without Sadio and win without Sadio because we have 25 players apart from Sadio.

“No one would have wanted it, but that’s what’s happened to us.”

Sow didn’t specify how many games Mane is expected to miss, and there has been no official word from Senegal or his current team Bayern Munich.

Mane was injured a week ago in a German league game between Bayern and Werder Bremen.

He was substituted in the 20th minute of Bayern’s 6-1 win.

Bayern said the two-time African player of the year has an injury to the head of the fibula bone in his lower right leg.

Most of Senegal’s squad arrived in Qatar for the World Cup on Sunday without Mane.

The team’s first game in Qatar against the Netherlands is on Monday but Mane was still waiting for more tests by the Bayern medical team.

Its final game in Group A is against Ecuador on November 29.

The news for Mane is that he will now likely miss out on a reunion with Netherlands defender Virgil van Dijk, who was his teammate at Liverpool.

Bayern manager Julian Nagelsmann had put doubts over Mane’s fitness after his injury.

He said: “It is obvious that Senegal would like him to play.

“But if he’s in pain, he can’t play. The medical things are more important than the sporting ones.

“That’s the case with us and also with everyone else.” 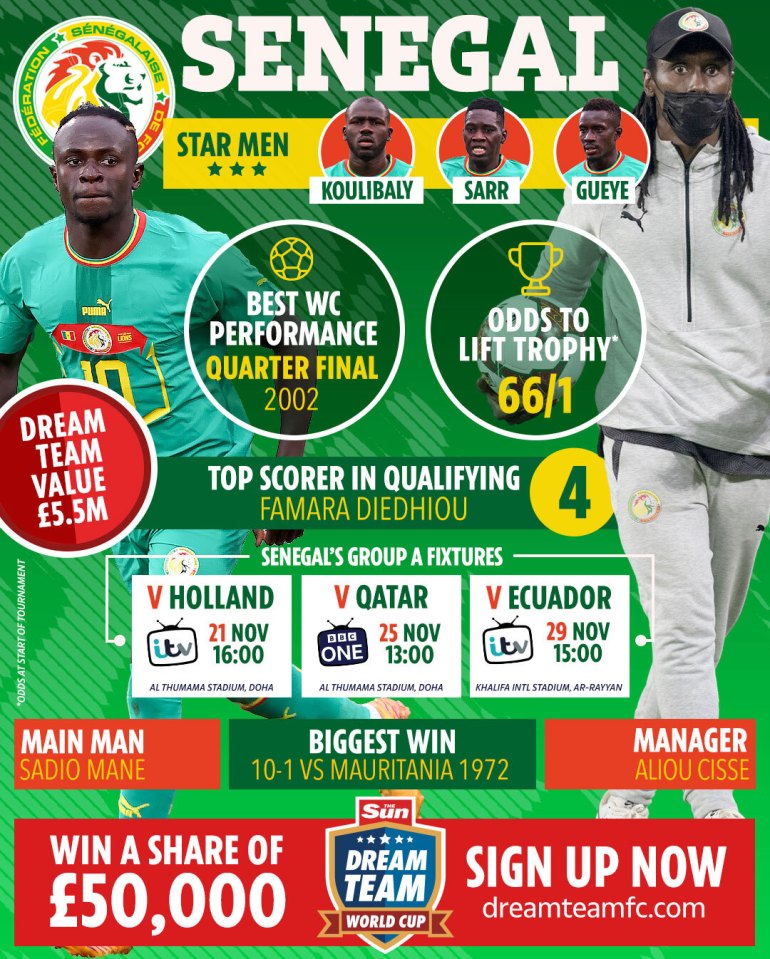 How to create long-form content that ranks, gets read and converts

Today24.pro
‘How many Uber drivers does it take to pick up a disabled person?’: Disabled person says 3 Uber drivers canceled on them because of their service dog One of The Greatest Britons in History - Joe Calzaghe Crypto Lender Matrixport Raises Valuation to $1.5B Despite FTX Collapse I make $1,000 a month by promoting Amazon products on social media. It only takes 5 hours per week — here's how I set up my side hustle.