PRINCE WILLIAM presented every England player with their own personalised package before the World Cup.

The Prince of Wales met the squad on Monday before they flew out to Qatar today.

He spoke to the whole group and was seen laughing with Harry Kane, Jack Grealish and Kieran Trippier after handing out his gifts.

Each member of the squad was presented with their shirt number and the history behind it.

The box told the stars how many England players have worn their number before and at which World Cup.

Manchester United captain Harry Maguire wore the famous no. 6 at the 2018 World Cup and will do so once again in Qatar.

The boxes also contained a message from manager Gareth Southgate, which Maguire shared on social media.

It read: “Qatar 2022 will only be the 16th time England have appeared at a World Cup.

“As we represent over 55 million people, of all ages from every community, you will also remember everyone who has helped you reach this point.

“Wear your shirt with pride and embrace the opportunity to make history.”

Kane also shared a photo on Instagram of the moment he received his package from Prince William, which he captioned: “Pride in the shirt

The Prince, who is the President of the FA, also shared a message with the Three Lions squad.

He said: “What you and Gareth have built here is something special, that’s clear to see. 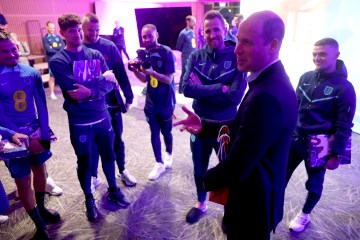 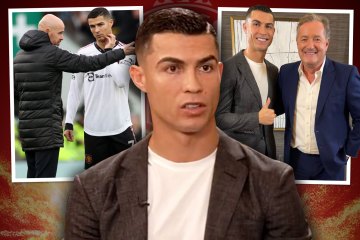 “I’m really here to point out the rest of the country is behind you, we’re all rooting for you. Enjoy it.”

I had a wardrobe malfunction at church – I accidentally flashed multiple times, the wind hates me