SURVIVALIST Edward Michael “Bear” Grylls has become one of the most well-known outdoorsmen thanks to his TV programs.

But before his TV appearances, Grylls spent time in the SAS which actually helped him to develop the skills we see him use in his shows today.

When was Bear Grylls in the SAS?

From 1994 until 1997, Bear was in the Territorial Services as part of the 21 SAS (Special Air Service) Regiment.

It was during this time that he developed many of the survival viewers would see later on his TV shows.

Grylls served in North Africa twice, but his time in the service was cut short in 1996 after his parachute failed to fully open.

The 48-year-old broke three vertebrae during the accident and as a result, spent months in and out of military rehabilitation.

After his time serving in the military, Bear focused on his lifelong ambition of climbing Mount Everest.

He completed the trip just 18 months after his back injury at just 23 years old. 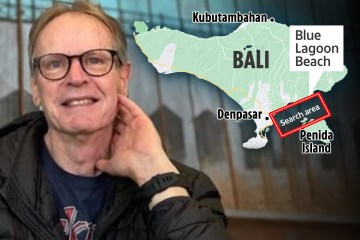 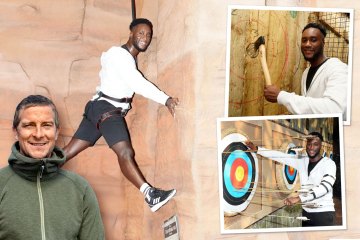 I tried out Bear Grylls' adventure park - the rush was incredible

What TV shows has Bear Grylls been on?

In 2005, he filmed a four-part TV show called Escape to the Legion, which followed him and other “recruits” taking part in a shortened re-creation of the French Foreign Legion’s basic desert training in the Sahara.

Bear is now set to feature in Louis Theroux Interviews series on BBC Two, where he shows Theroux around his private island off the coast of Wales.

In the series, Bear opens up to Theroux about being in the public eye, sharing that he had found it difficult and was upset at stories criticising his shows and claiming that many of the risky situations he faced were mocked up.

He said: “It was definitely hurtful…it was the first time really I had been in the newspapers and I was like, ‘oh, I knew this was a bad idea doing a public sort of job.’

“Some is unfair, some is justifiable, some I look back and I made mistakes, but you’ve got to keep doing your job as best you can.”