THE Eyes of Odin favour in God of War Ragnarök requires you to hunt down 48 ravens and kill them.

Finding them all is no easy task, in the nine sprawling realms of God of War Ragnarök.

Ravens can be seen by their green light.[/caption]

Don’t worry if you’re lost, we’ve got all of the locations figured out for you.

Here’s all the ravens in God of War Ragnarök and where you can find them.

There are 13 ravens to find in Svartalfheim. Here’s where they are:

The first raven you find is on the sandy island where you first enter the Aurvangar Wetlands. It’s on the north side of the island perched on a rock.

More in God of War 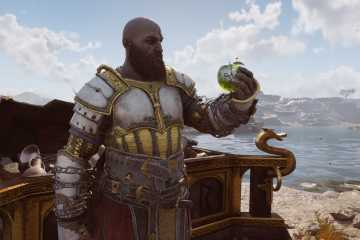 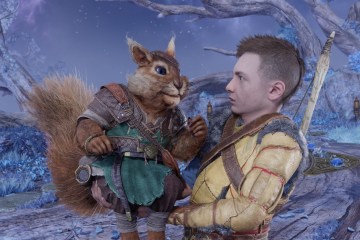 Once you have finished Weight of Chains, you can explore the creature that has emerged from the Bay of Bounty.

The first raven is on the north side. You’ll need to clear the rubble, and grapple over the gap, before ducking through a crawlspace. The raven is to your left.

Close to the Watchtower you’ll find the next one circling above. Head up close to Draugr Hile to get a good shot with your axe.

The third is hiding in a loop hanging from a wooden crane in Radvinn’s Rig.

These tips will help you play Call of Duty: Warzone 2.0 as soon as it launches

Two ravens live on Alberich Island. One circles above the island, and one is just to the south.

Grapple off the island, and it’s hiding in a hole in the rock to the south.

The final one in the Bay of Bounty can be found in Alberich Hollow. To the left are some large rocks, and the raven is perched in a tree above.

When you enter Nidavellir, there is a raven perched on the roof of a house near the dock.

When you get off the train from Nidavellir village, you can find this raven flying near the Nornir Chest.

After you reach the Quarry, climb down a chain that’s blocked with vines. If you look over the water, a raven is doing laps above it.

Before you reach Tyr’s cell in the mines, there is a raven just after the water wheels puzzle

When you meet up with Atreus on the other side, there is a second raven perched on a wooden beam to the left of the double doors.

There are 10 ravens to find in Alfheim. They are:

A raven can be found to the south of the mystical gateway in The Strond. It’s to the left perched in a tree.

One raven is hidden behind a gate with a twilight stone above it, quite far into the Temple of Light.

When you ascend the stairs next to the Light of Alfheim, you can see a second raven in a window to the left that overlooks the staircase.

There is a raven in The Canyons near Sindri’s shop. It flies around above.

In the northwest corner of The Barrens, north of the locked gate, there is a raven perched in a tree.

The second raven is inside the right eye socket of the giant skeleton you find here.

In the southwest corner of the Forbidden Sands, there is a raven behind the troll statue.

The second can be found flying around near Freyr’s statue to the north.

On the east side of Forbidden Sands is a raven perched inside a rock.

The final raven only appears post-game. Head north towards the library, and go through a hole in the wall. The raven will be inside this cave.

Vanaheim holds 13 ravens. Here’s where to find them:

When you first travel here with Brok and Freya, a raven is to the northwest of the mystic gateway.

This one is easy to spot just to the north of Freyr’s camp.

This raven flies around the waterfalls in the southwest of Vanaheim.

East of the Cliffside Ruins raven – 1

There is a quest that takes you to the east side of the Cliffside Ruins, where you drop a drawbridge.

Once on the east side of the bridge, go to the edge and look over the river to see the raven sitting on a log.

You need to do a favour called Cure for the Dead to get this one.

Once you drop the second bridge, look through an archway to the northeast to see the raven.

You can find this raven right near the landing dock, hiding in the rocks above you.

After you have the spear there is a raven near the entrance to the Eastern Barri Woods you can grab.

The second raven is hidden inside a tree hollow, close to a large structure.

To the northwest of the crater, there is a raven on a rock near the frozen lightning bolt.

The second can be found in The Plains, just west of Brok’s shop.

Hiding in a hole in the far northwest corner of The Plains you will find the third.

The final one here is also hiding down a hole just after you jump over a gap to the east.

This raven is just opposite Brok’s shop in The Crater in Vanaheim.

There are just six ravens to be found in Midgard. Here’s where they are:

To the south of the central temple, a raven can be found hopping around an ice block.

To the west of Shores of nine, there is a raven at the top of the climbing route.

Northeast of the Lake of Nine, there is a raven close to some large closed doors and a large chain.

West of the Lost Treasure, a raven will be hiding underneath a small broken boat.

Close to The Oarsmen, there is another raven sitting on a high ice block.

This raven is sitting at the top of the crane in The Derelict Outpost.

There are just four ravens in Helheim. Here’s where they are:

There is a raven flying around near the wall that Garm knocked down.

Shipyard of the Fallen raven – 1

You can find this raven just west of the mystic gateway in Helheim’s Shipyard of the Fallen.

In a little alcove not far from the Mystic Gateway in Muspelheim is where you’ll find the first raven.

The second is in a high archway close to Sutr’s Forge.

Collecting ravens gives you rewards. Here’s what you can get:

Third Chest – Cuirass of Raven Tears – 25 Strength, 58 Defence, and 25 Luck. It also has a low chance of granting a healing mist when you attack enemies.

Written by Kirk McKeand and Georgina Young on behalf of GLHF.