A PILOT has been praised for going out of his way to reunite a passenger with a missing item before takeoff.

One of the people on the Southwest flight had left their phone behind in the terminal by mistake.

However, the ground staff did all they could to get it back onto the aircraft, which hadn’t taken off.

By that point, the plane had already pushed back from the gate, meaning the doors were sealed, making it difficult to get the phone on board.

In the video, the pilot was spotted leaning as far as he could out the window to get the device from the ground crew.

While at full stretch, the pilot was able to grab the phone from the hand of the jumping airport worker, so he could hand it back to its owner. 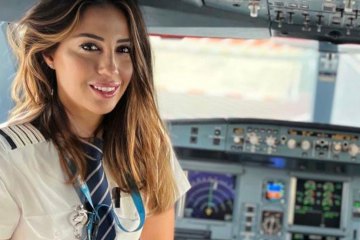 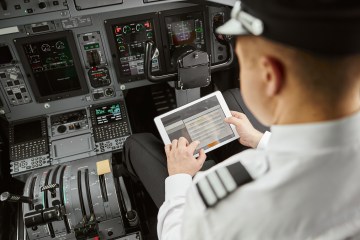 Southwest Air praised their employees for the kind gesture, saying they didn’t hesitate to do what they could.

They shared a video of the incident on Twitter with the caption: “When our Employees at Long Beach Airport noticed a customer’s phone left behind in a gate area after a flight that was already boarded and pushed back from the gate, they didn’t hesitate.”

However, lots of people were saying the same thing – that they didn’t know those windows opened in the cockpit.

One person said: “I had no idea those windows could open. How does the breeze feel at 35,000ft?”

Another said: “Those windows roll down?? WTF?”

Some people commented on the video with their own stories of kindness from the airline’s pilots.

One wrote: “A SW pilot went and got my son’s water bottle that he left at the gate.”

Another added: “Southwest is very good about helping with your lost cell phone.

“They helped me get mine back after I turned on the alert. They reopened the gate door and brought it to me! I love Southwest Airlines!”

Meanwhile, an off-duty pilot went viral for making a very kind gesture before boarding a flight.

And another pilot explained why there’s a secret window that only they can open.

Robinhood vs. Stash: How the investing apps compare

Winderman’s view: It will take more than Victor Oladipo to fix the Heat’s bench

Why AP called the Georgia Senate runoff for Warnock

Today24.pro
In the age of megachurches, communion has become a big business The Darkest Secret and Tragedy of Edwin Valero Why the power grid is an 'attractive target' for domestic terrorists: report Hans Niemann in the sole lead at the 3rd El Llobregat Open