A FOODIE has shared how he created the ultimate chip butty at home, saying the Air Fryer made it taste even better.

TikTok user Chris Cork, who can be found on the social media site at @chriscork89, filmed  himself making the popular snack and uploaded it for his 24,300 followers.

At the beginning of the video, he said: “I fancy a chip butty – let’s make one!”

Chris then took his followers through his step-by-step guide, including how long to put his chips into the Air Fryer for.

He continued: “I’ve got my Maris Pipers out, I’m going to try something different today – so I’m going to cut the potatoes into chips.”

Chris then showed how he’d placed the cut up chips into a bowl of water and left them to soak for about an hour, before cooking them. 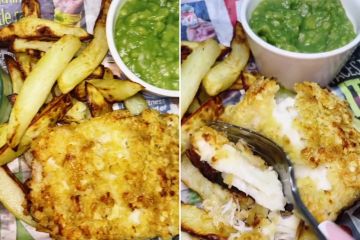 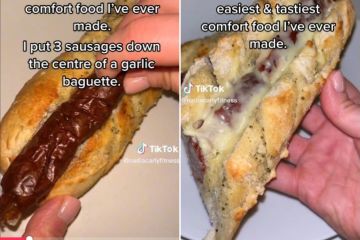 I'm a foodie and made the easiest, tastiest comfort food in my Air Fryer

After waiting for them to soak properly, Chris “drained the spuds” over the sink using a colander.

He then shared the next step, as he said: “I’m not going to add anything this time, I’m just going to pat them down [using some paper towel] and dry them out.”

Chris then ever so slightly seasoned the chips while in the Air Fryer tray, using kitchen cupboard ingredients.

He continued: “Tiny bit of oil, a bit of salt, and straight in the Air Fryer – that is all I’m going to do.”

The foodie then set the Air Fryer to for 15 minutes at 200 degrees, an additional 5 minutes on the Max Crisp setting, and then back at 200 degrees for a further three minutes.]

He then served it with bread, butter and tomato ketchup.

He later added in the comment section: “Crispy and fluffy – just not drenched in fat.”

Tunisia vs France: Eagles of Carthage hope for shock upset

Today24.pro
‘How many Uber drivers does it take to pick up a disabled person?’: Disabled person says 3 Uber drivers canceled on them because of their service dog Crypto Lender Matrixport Raises Valuation to $1.5B Despite FTX Collapse One of The Greatest Britons in History - Joe Calzaghe I make $1,000 a month by promoting Amazon products on social media. It only takes 5 hours per week — here's how I set up my side hustle.