OLIVIA Attwood took a swipe at I’m A Celebrity bosses on her social media as she said she was on to “bigger and better things” after her jungle departure.

The 31-year-old spent just 24 hours in the jungle before being rushed to A&E after abnormal blood test results.

Despite getting the all-clear, Olivia‘s health sparked overnight crisis talks before it was ruled unsafe for her to return.

She’s since returned to TV screens on chat shows and her social media too.

In her latest post, the former Love Island star penned: “Besties, I honestly don’t think words will ever be able to explain my gratitude for your love and support over the last couple of weeks. 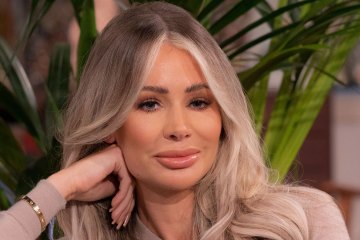 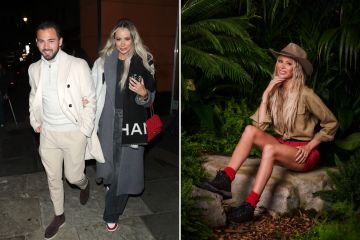 “I’ll make it up to you guys with something bigger and better! (That’s my promise, to you and myself.)”

She also said she’s “grateful” to be “completely healthy” again in the candid post, and hinted there’s “so much to look forward to this year and next.”

Olivia told how follow-up tests by an Australian doctor AND professionals in the UK both revealed her results were “normal”.

“I’ve had more tests done in the UK and they’re all still fine,” Olivia told ITV’s This Morning.

“It makes it harder to accept.”

Olivia explained she was pulled out of camp on the first day for “routine medical checks”.

“The results came back that my iron was low, so it was showing I was anaemic. My potassium and sodium were really low, all the markers you’d look for were low.

“They said I’d need to go into A&E. I was admitted, they re-ran all their own checks and they came back normal.

“Just before leaving the UK I’d had all those checks and everything was normal.

“The first thing I did was say to the camp doctor ‘is that possible for it to change in such a short amount of time’.

“He didn’t really have an answer, but said ‘it’s not normal that’s why we need to see what’s going on’.

“I was thinking ‘am I pregnant, have a I picked up a virus?’

“I felt well, I didn’t feel unwell – there was nothing. I felt healthy. I was loving it. I was even more confused. It was all really strange.”

After being told her tests were normal, Olivia thought she’d go straight back into camp.

“I went to hotel and I know now that conversations went through the night with production who were desperate to have me back in, but the medical team…

“It’s an insurance thing. They have to seek other parties’ opinions.

“I think they were thinking ‘what if we put her back in and they drop down again, we wouldn’t be covered because we flagged it’.”

After being told her tests were normal, Olivia thought she’d go straight back into camp[/caption]
Москва

Mavericks taking a wait and see approach before an extension with Kyrie Irving?