SOMETIMES a simple wardrobe adjustment has been known to work wonders.

One woman said a cheerleader outfit in particular takes her rating from below average to a perfect 10.

She took to TikTok to share her stunning transformation.

First, she showed herself in a terry robe with minimal makeup. 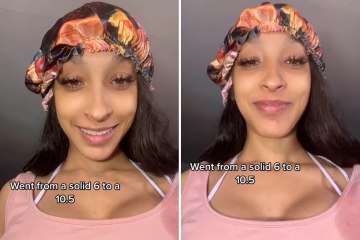 Then the video transitioned to her wearing a short pleated skirt paired with a minuscule crop top.

“Is it true?” she added in the caption.

Viewers wasted no time pointing out a serious issue with Hill’s statement.

One highlighted the mistake in the comment section of the video.

“That’s a tennis outfit,” the commenter wrote. “I think you need to try again.”

Hill previously addressed speculations regarding her cheerleading experience in a separate video.

“You’re not even a real cheerleader,” Hill wrote in the video, parroting commentary from naysaying trolls.

She then pulled out pompoms and gave them a shake.

“Not for the weak,” she wrote.

Gov. Hochul has less than a week to sign the Grieving Families Act

How much do jockeys earn? Riders in the money as they they get whopping 22 per cent pay rise over two years

Today24.pro
EASY chili recipe for dinner #food New Honda Civic Type R review: Is it really better? How to deal with rejection How to Fall Asleep in 60 Seconds (OR LESS)