SOME Skims customers have concluded that the viral maxi lounge dress shaped and slimed their bodies like no other.

One excited consumer tried the dress to show its abilities, but people accused her of editing her body and refused to believe her hourglass figure was real.

The TikTok account @Cyberkitty.xo is run by Sunny Ray, a known costume enthusiast.

Sunny loves to pair colorful wigs with racy outfits and pretends to be a new character in every video.

The adventurous creator puts on looks that hug and define her hourglass frame.

But her viewers don’t believe that’s her actual figure. 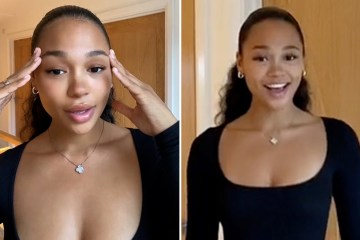 I bought a Skims dress - I inspired others to get it, some noticed an issue 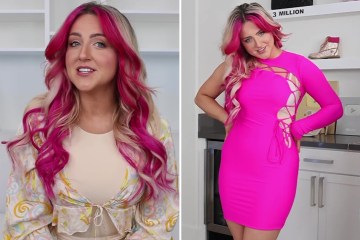 In her recent video, Sunny forgoes her typical costume attire and puts on a viral Skims dress.

She slips into the $78 Skims Soft Lounge Long Slip Dress in black.

“I decided to try the Skims dress. It’s a yes from me,” Sunny admits.

The soft maxi dress is tight-fitting from the chest down.

Sunny’s hourglass figure is particularly noticeable in this piece.

And people are skeptical of its accuracy.

“How is this possible?” A viewer questioned, while one critic commented: “Y’all need to realize this video is edited.”

“I can see the green screen,” a commenter argued.

Another sure viewer asked: “Gorl what body editor do you use? PrettyUp or CapCut?”

While most viewers expressed their suspicion, there’s still no clear evidence Sunny edited her frame.