WITH more and more women taking to social media to show off their positive reviews of Kim Kardashian’s Skims brand, it seems as though the shapewear styles are a hit with many fashion fans.

But one fashionista took to TikTok to share her honest review of the new burgundy maxi slip dress from Kim‘s shapewear brand Skims that has recently gone viral and it’s safe to say – she wasn’t impressed.

Jessie even claimed that the dress was so long, it made her look like a Dementor[/caption]

Jessie Massoud is a fashion and beauty fan who has amassed 26.6k followers and 1.6million likes on the video sharing platform.

In one of her recent clips, we see Jessie wearing the glam dress, but not is all as it seems.

We think the dress looks fabulous, but it doesn’t take long to notice that it is pretty see-through and much too long for Jessie.

She uploaded the clip to the social media platform with the caption ‘Sad because I really love this colour’. 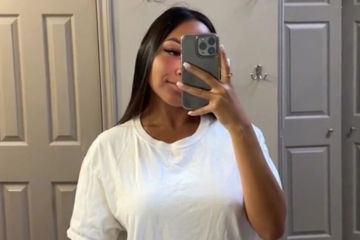 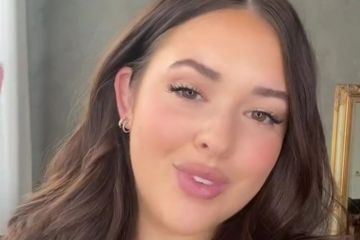 “You can literally see my legs, my thighs and my butt cheeks when I’m walking”.

Jessie went on to say that although the dress was a small size, she claimed it made her look like a Dementor – a Harry Potter character.

Dementors are gliding, wraithlike Dark creatures, widely considered to be one of the foulest of the dark creatures to inhabit the wizarding world.

Jessie continued: “This is an XS and I look like a Dementor.

“You guys have hyped this up way too much, it’s not even double-lined and it’s a shapewear brand.

Jessie’s video has clearly shocked many, as it has quickly racked up 80.9k views.

Other fashion fans took to the comments to reveal that they too were disappointed with this Skims dress.

One person said: “I was disappointed when I tried them recently too!”

A third commented: “Literallyyy I got the black and I have to make sure I wear black shapewear underneath if I wear it out purely for the fact that you can see my whole a**”.

Meanwhile, someone else noted: “You literally look so good just get it tailored” to which Jessie said “I could, but when you spend that much money on a dress, spending more money on it seems a little pointless. Good quality and correct sizing is a must”.

Matt Gaetz Worries That He'll 'Be The One Dems Come For'

Is China's suspected spy balloon 'throwing a rock into the pool of American politics' to test Biden?