AN ANTIQUES Roadshow expert issued a stern warning to a guest on the show after he was presented with a very rare find.

During a repeat episode of BBC’s Antiques Roadshow, viewers were taken to Wrest Park in Bedfordshire.

Guests brought in a range of different items to be valued by experts.

However, expert Ronnie Archer-Morgan was taken aback by one item in particular.

The guest brought along a small coquilla nut which was carved in perfect detail and belonged to her Italian mother-in-law who is 95 years old and was given to her as a gift.

She also explained that her husband’s mother used to look after her and she gave it one day as a gift. 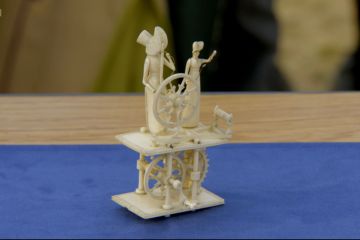 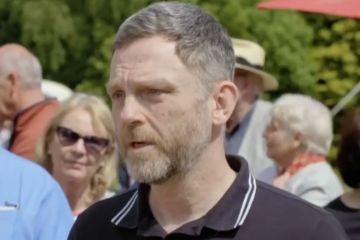 Ronnie said: “I’ve brought and handled and seen scores of coquilla nut snuff, which is what this is.

The expert explained to viewers about the exotic nut, telling them they were carved into snuffs because of their shape, and they usually have a stand on the bottom.

The guest was quite shocked at her item’s high value as she replied: “Oh crikey!”

Before leaving Ronnie scolded the guest for not looking after the object.

He said: “It wasn’t even wrapped in your bag! It was just rattling around as you rummaged around and pulled it out, this jewel.”

Laughing awkwardly, the guest admitted she had it freely in her bag before thanking Ronnie for valuing it.

Antiques Roadshow is available to watch on BBC iPlayer.

Striker spotted at St James’ Park ahead of Newcastle stint