SKIMS is known for it’s neutral tones and shades, but Kim Kardashian has added a pop of color to her brand’s palette.

A TikToker who wears a size small purchased two hot pink items from the famous retailer.

First, the influencer tried on the new vintage scoop neck tank, available for $38 from Skims.

Unboxing the hot pink tank top, Marlo told viewers that she purchased both items in the color fuchsia so that she could layer them.

However, as she examined both items she realized they were made of “completely different material” and were different shades of pink. 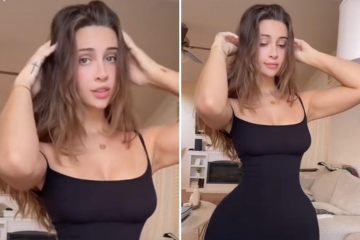 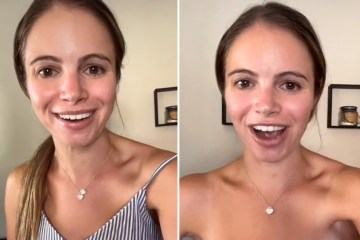 “Why wouldn’t it just match? They’re listed under the same color online,” Marlo pointed out in the comments section.

She added: “I had a hot pink bralette from the summer… different color.”

Marlo also showed her followers the fits everybody turtleneck top, which costs $56.

Modeling the long sleeve top, the influencer said: “The color is fantastic. I love hot pink. It’s cute, it’s really snug, this is a size small.”

The TikToker decided to layer the sheer turtleneck over a moon-patterned top.

“Okay, I think the verdict is keep the turtleneck, mock neck with the long sleeve. I love it with the moon underneath,” Marlo said.

She concluded: “The tank, you could literally get that at Old Navy, it’s not even worth it. I’m returning it.”

TikTok users took to the comments section to share their thoughts on the Skims items.

Another follower wrote: “STUNNING. Weird the fabrics don’t match though.”

How to cook salmon in an air fryer and can I cook it from frozen?