THIS is what the inside of Harry and Meghan’s £12million California mansion looks like – and how it compares to William and Kate’s country cottage.

The brothers seem to not only live in different countries, but different worlds, too – their homes are radically different.

Prince Harry and Meghan Makrle have lived in their luxury Montecito mansion since they splashed out £11.93m on it in June 2020.

The couple have treated fans to glimpses of their multiple living spaces on several occasions – showing off a minimalist vibe. 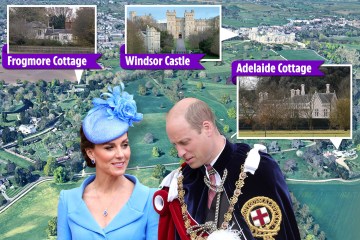 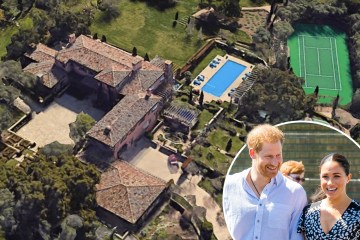 In May this year it was said to have more than doubled in value since the former royals bought it.

Meanwhile, Prince William and Kate live in Adelaide Cottage – which is understood to be a four-bedroom modest home just a 10-minute walk from Windsor Castle.

It’s said to feature golden dolphins and ceiling rope decorations – all recycling from a 19th-century royal yacht – in the master bedroom.

But, the house has been described as “relatively modest and low-key” for a royal residence.

It also needed no extra taxpayer-funded security or a costly refurb when the family moved in as it had been modernised in 2015.

When the Prince and Princess of Wales made the big shift it was understood there would be no live-in staff, with any aides commuting to Windsor.

A source told The Sun at the time that Kate and Wills were “very keen for a modest home to start their new lives”.

The source said the couple had “no other demands than a pleasant family home close to schools” and the late Queen.

They said: “Adelaide Cottage fits the bill because it is a four-bedroom home and they do not need any more as they have no live-in staff.

“They were adamant they didn’t want anything too showy or anything that needed renovating or extra security so as not to be a burden on the taxpayer.

“The added bonus is they can send George, Charlotte and Louis to school together locally.

“The three children will enjoy running around and playing in the gardens, which is the kind of life they enjoy so much when at Anmer Hall.”